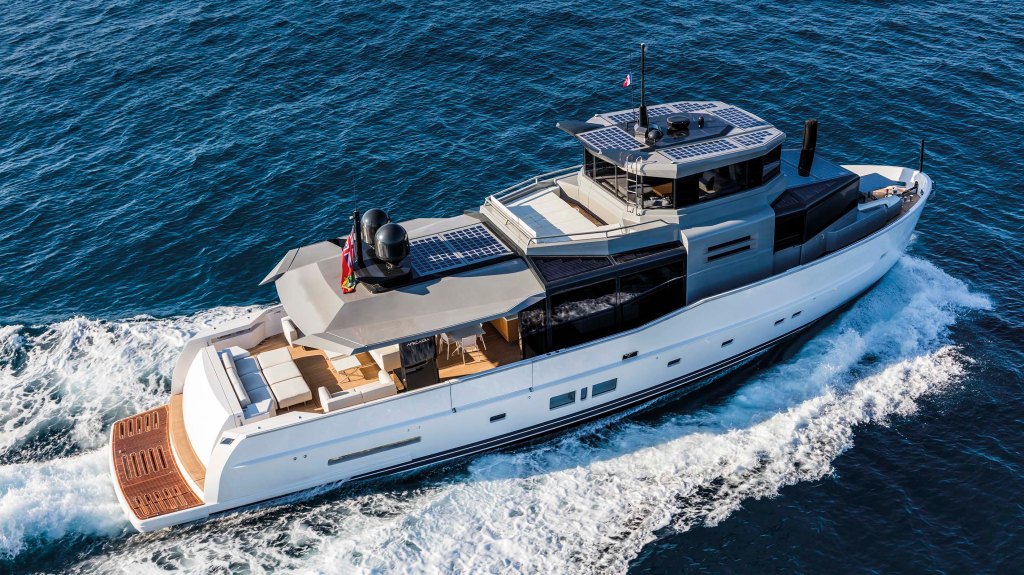 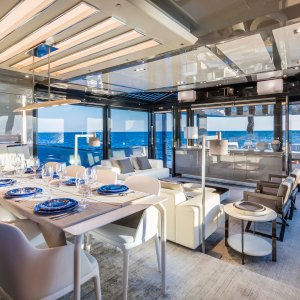 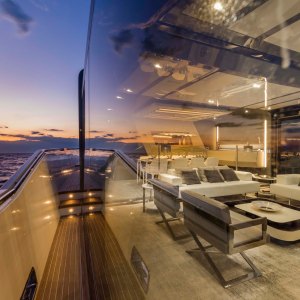 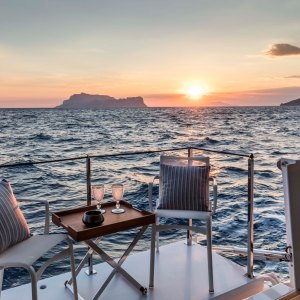 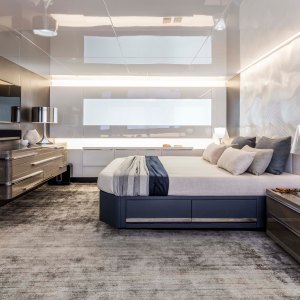 When Arcadia Yachts launched in 2010, the Italian builder had a new vision for yachting. The idea was to do away with flashy, show-off yachts with exteriors and interiors designed more for the benefit of other yacht owners, and instead focus on a low-key, eco-friendly, and impeccably crafted yacht that maximizes the onboard experience for owners and guests. More than 1,000 square feet of living space in large, open-plan areas makes the new 85S volume greater than any most 85-footers. The spaces include a winter garden, 28-foot-long aft cockpit, open-plan saloon with dining area, and a sky deck that transforms into an enclosed area with the push of a button.

The 85S is much more than a 2.0 version of the original 85. It has multiple upgrades, including nearly 400 square feet of electric solar panels, many inside the double-glazed panels of the windows. Automatic blinds on the side windows and skylights provide privacy in port. Arcadia’s founders told me four years ago that they were waiting for the next generation of solar panels and lithium batteries before they could launch the new 85. The solar panels provide 3.5 kilowatts to run house systems, including fridges, water pumps, WCs, lights, audio/video, and electronics while the batteries recharge. Arcadia minimized the need for air conditioning by designing cool-air flow through sizable openings in the winter garden and large skylights.

The 85’s most significant innovation is the sky deck, which has a hard top and side windows that open or close. It gives owners the choice of having an open bridge or, during inclement weather, a completely enclosed space. That’s essentially adding a third deck with the push of a button.

On the lower deck are four staterooms, including two twins and a VIP double in the bow. The amidships master suite, measuring 345 square feet, has its own “wellness” area designed into the en-suite bathroom. There are quarters for four crew, and the yacht has a garage for a 14-foot tender and a two-person jet ski.

Arcadia designed the hull to deliver 30 to 50 percent lower fuel consumption than similar-sized yachts, which, according to the company, adds up to comparable savings in operational savings. The 730 hp MAN diesel engines give the boat a top end of 18 knots, with a cruise speed of 16 knots. At 12 knots, it has a range of 850 nautical miles. The 85S will make its debut at the Cannes Yachting Festival.