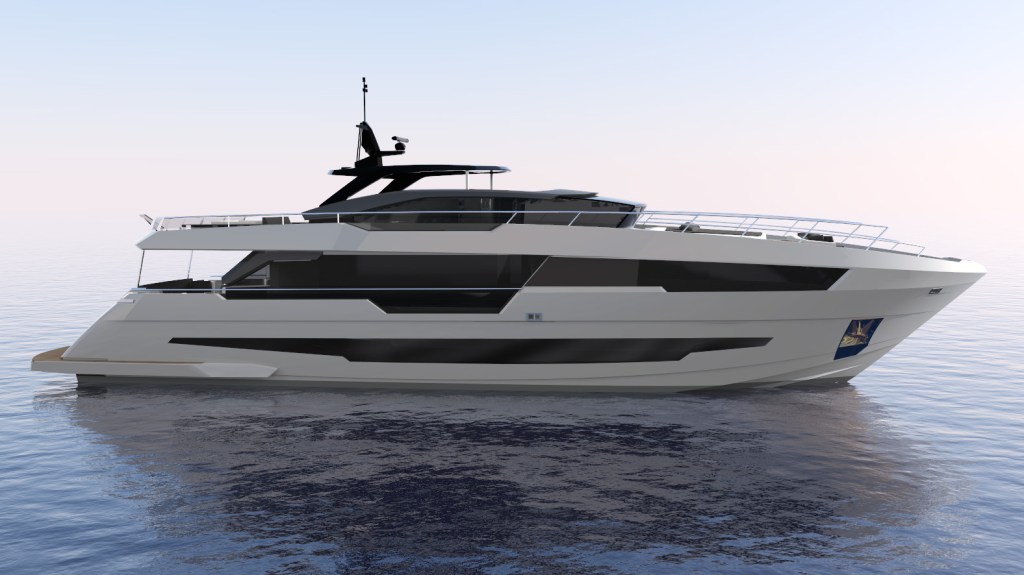 The second model in Astondoa’s superyacht line, the new 100 Century is as eye-catching as the 110 Century that launched last year. The Spanish shipyard has a different take on exterior design from its other European and American competitors, with a more integrated-looking hull and superstructure. Its contemporary, almost spear-shaped, profile actually creates a larger main deck, with excellent headroom, that extends from the aft cockpit to the master suite forward.

The 100’s saloon and formal dining area look more like a waterfront apartment than a traditional yacht, with large windows bordered by stainless-steel frames that stream natural light to the open-plan area. The saloon’s gray oak paneling is matched with a white tiled floor and loose furniture that looks more Spanish than, say, a French or Italian yacht of the same size. Designer Cristiano Gatto did a masterful job of injecting an Iberian sensibility into the interior, keeping everything simple, bright, and elegant. The design studio works with individual owners to customize all interiors.

The full-beam master suite has his-and-her walk-in closets, a large bedroom, and even separate his-and-her bathrooms and showers. Large windows on both sides provide a waterside view. On the deck below are the four guest staterooms, each with en-suite bathrooms, divided into two doubles and two twins. Forward, but through a separate entrance, are crew quarters for four.

While the top deck has a slightly compressed profile, the bridge is actually quite high, allowing the captain excellent visibility from the pilothouse. The volume is like any 100-foot yacht, but the configuration is more like a smaller motor yacht. Walkaround access from the rear deck to the bow is easy, without having to change levels. The shaded social area under the hardtop is also a nice touch.