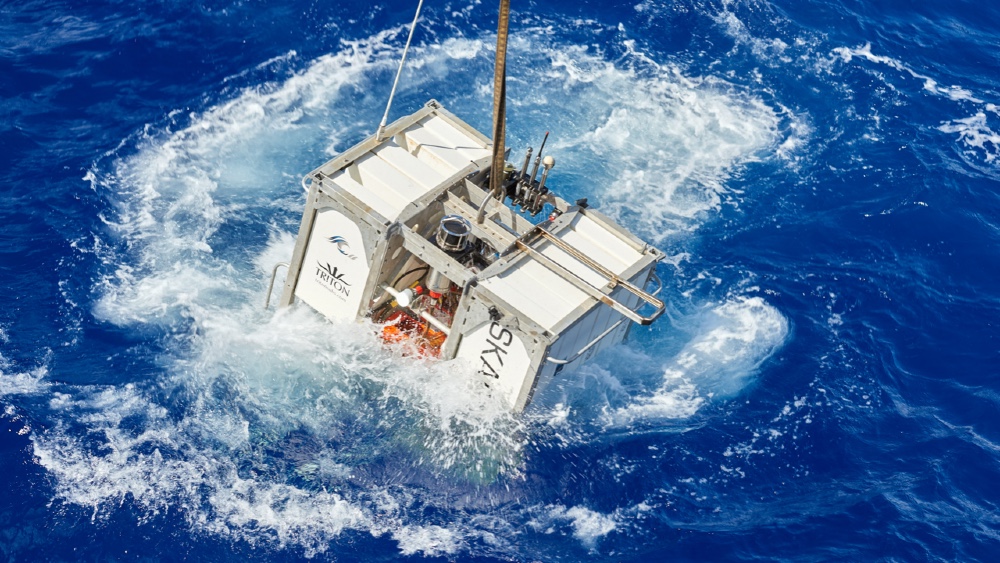 All Images Courtesy of EYOS Expeditions

NASA astronaut Kathy Sullivan made history this weekend by becoming not only the first woman to reach the deepest point in the world’s oceans, but also the first human to have been in space and at full ocean depth of about 7 miles. Sullivan marked the occasion by making a phone call from the submersible’s mothership, DSSV Pressure Drop, to speak with the NASA astronauts on the International Space Station (ISS).

“As a hybrid oceanographer and astronaut, this was an extraordinary day–a once-in-a-lifetime day–seeing the moonscape of the Challenger Deep and then making the call between the ISS and DSSV Pressure Drop,” said Sullivan.

In 1984, Dr. Sullivan, a veteran of three space shuttle flights, became the first American woman to walk in space.

Sullivan is now the eighth person to reach the bottom of the Challenger Deep, which is at 36,200 feet below the surface. The first two who accomplished the feat, Don Walsh and Jacques Picard, reached it in 1960, while Hollywood director James Cameron descended in 2012.

Last year, Victor Vescovo was the fourth person to reach Challenger Deep as part of his Five Deeps expedition. Vescovo, who owns DSSV Pressure Drop and the submarine Limiting Factor, last year made five dives in the Mariana Trench to bring three other divers down to those extreme depths.

The LF can operate at depths that place the equivalent of 2,200 tonnes of pressure on the submersible’s frame. Built by Triton Submarines in Florida, Limiting Factor is the first submersible to repeatedly descend to the deepest points of the ocean. The ISS, by contrast, is circling the Earth at an altitude of about 254 miles. Two astronauts were recently delivered to the space station aboard the recyclable Falcon 9 rocket.

The Triton submersible Limiting Factor (center) has made consecutive dives to the five deepest points in the world’s oceans.

“We made some more history today,” added Vescovo. “Then we got to share that experience with kindred spirits in the ISS. It was a pleasure to have Kathy along both as an oceanographer during the dive and then as an astronaut to talk to the ISS.”

Vescovo’s Caladan Oceanic is dedicated to deep-ocean research. Following last year’s Five Deeps Expedition, Vescovo is leading the current Ring of Fire Expedition. It will bring former astronauts like Sullivan as well as paying “civilians” to some of the deepest points in the oceans.

“Three Mission Specialists on the expedition are at the forefront of scientific research into the ocean’s virtually unknown Hadal Zone,” said Rob McCallum of EYOS Expeditions, which set up the Five Deeps and Ring of Fire expeditions.

Sullivan was the first American woman to walk in space and is now the first woman to dive the Challenger Deep. Last year, Victor Vescovo was the fourth person ever to make the record dive.  Enrique Alvarez

There will be more dives to locations never visited by humans, said McCallum, including Nero Deep, Rota Deep, Tinian Deep, Saipan Deep and the Emden Deep. The expedition will conclude with an attempt to make the deepest wreck dive in history off the World War II naval battlefield near Samar Island, Philippines, almost 20,000 feet beneath the surface.

For Sullivan, the deep-dive was unforgettable, but she also enjoyed “comparing notes with my colleagues on the ISS about our remarkable reusable inner-space outer-spacecraft.”