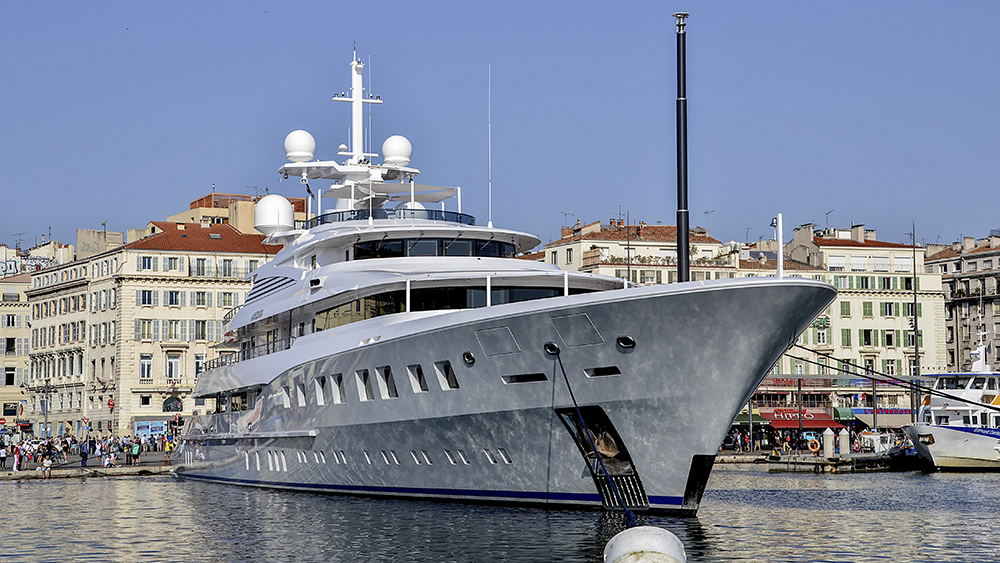 What becomes of a sanctioned Russian billionaire’s superyacht after it’s seized? In the case of the $75 million Axioma, the end result was an auction for way below its market value.

The lavish 236-footer, which was seized from Russian steel magnate Dmitry Pumpyansky in March, attracted 63 bids at a sale in Gibraltar. A true watershed moment, it is the first public auction of an oligarch’s asset since Russian forces invaded Ukraine in February.

The superyacht, which boasts six luxurious guest cabins, an infinity pool, a spa and a 3-D cinema, was detained by the Gibraltar government after a legal claim from JP Morgan said Pumpyansky’s holding company Pyrene Investments owed the bank more than $20 million.

The Office of the Admiralty Marshal in Gibraltar confirmed on Tuesday that 63 bids were received for Axioma, but refused to reveal the value of the bids, as reported by the Guardian.

“The successful bidder will be selected by the Admiralty Marshal but details of the bidder and the value of the offer will remain confidential,” the court said in a statement. “Details about the sale value of the vessel will be made available once the transaction has been completed which could take place in approximately 10 to 14 days.”

James Jaffa, a lawyer for British firm Jaffa & Co, told the Guardian that he expects Axioma to sell for “way below” $20 million.

The west has confiscated billions worth of assets since March. British and American authorities have previously said they would seek to funnel the proceeds of sold assets back into Ukraine. This auction has attracted controversy, though, because Axioma has been sold not for the benefit of the Ukrainian people, but for the US investment bank.

Still, the has set a “benchmark” for other banks looking to recoup losses by auctioning assets.

“Axioma will be a watershed moment for assets that have bank financing against them because all the other banks will realize that the asset can be sold and that they can get some or all of their money back,” Jaffa adds.