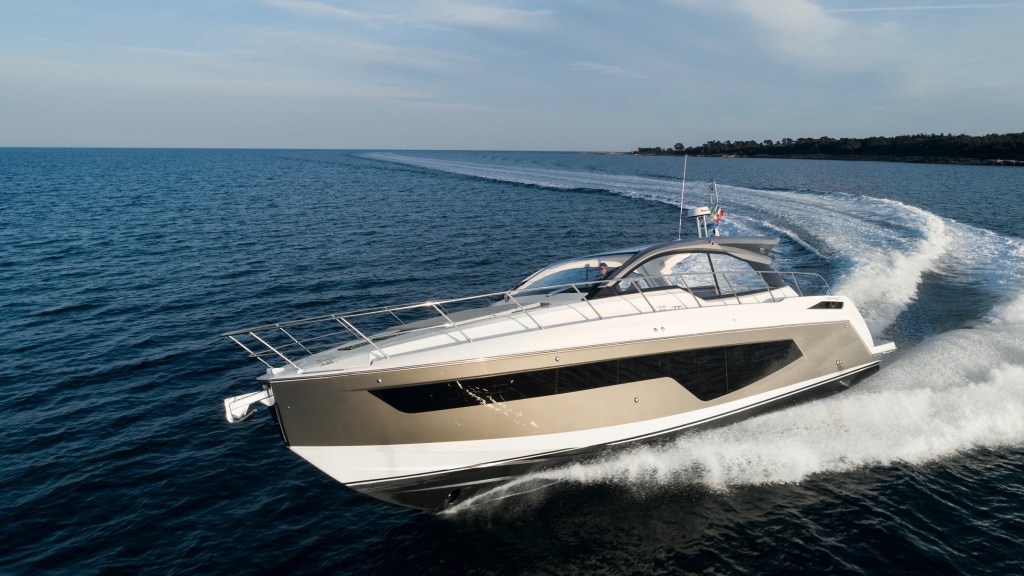 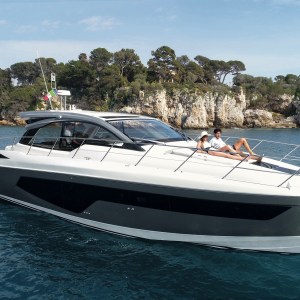 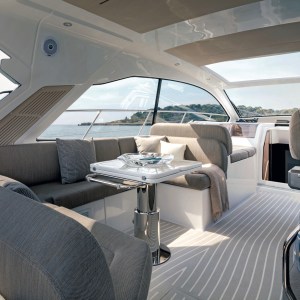 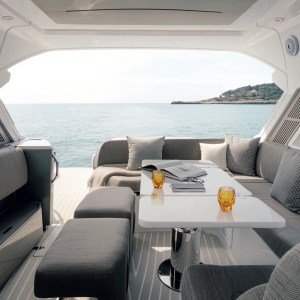 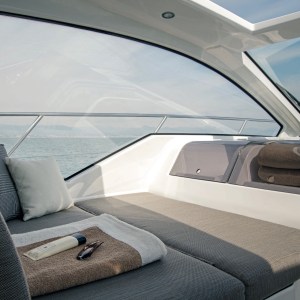 When it comes to innovative design and performance, Azimut’s Atlantis yacht line has evolved from a me-too brand into one that can compete with any builder, anywhere, of similar express cruisers. The new 51, announced at January’s Düsseldorf boat show, is dazzling owners on the water in the U.S. and Europe with a style that is elegant and aggressive, without any hint of “look-at-me” pretension. Milan-based Neo Design, creator of the Atlantis line for the last decade, wanted to give the 51 an even sportier look to match its performance, while also maximizing onboard space.

The designers incorporated fine touches from larger yachts. The foredeck sun lounge, for instance, has a cabana with a screen along its lower edge, so folks on the beds can look back to see what’s happening inside the yacht, rather than feeling like they’re trapped in a tent. It’s a minor detail but enhances quality of life. Another double sunbed at the stern also provides instant access to the water via the swim platform. On the transom is a fold-down grill, which allows cooking on the back of the boat without having some cumbersome appliance that might limit movement.

The Neo designers were aware of furniture corners that might stick out, or narrow passages that might feel constrained, so they designed the area to feel more like an open-plan saloon than a traditional boat cockpit. The feng shui was just right, providing protection against sun and wind, but allowing fresh air to run through the large hardtop, side windows, and open rear area.

The alfresco feel of the 51 also continues belowdecks, with stairs that lead to the central, open saloon. The galley sits on one side with U-shaped seating and table on the other. The forward master suite has a queen-size berth and a desk that folds out from the bulkheads along the side. Aft are a generous VIP stateroom and a twin-berth cabin. Plenty of natural light filters through the hull-side windows to give the cabin a light, airy feel. The 51 doesn’t just look fast: It is. Power is provided by twin 800 hp Volvo IPS, which deliver a top end of 35 knots and cruise of 30 knots. This 51 not only sets a new standard for this year’s Atlantis brand, but creates a roadmap of its future.