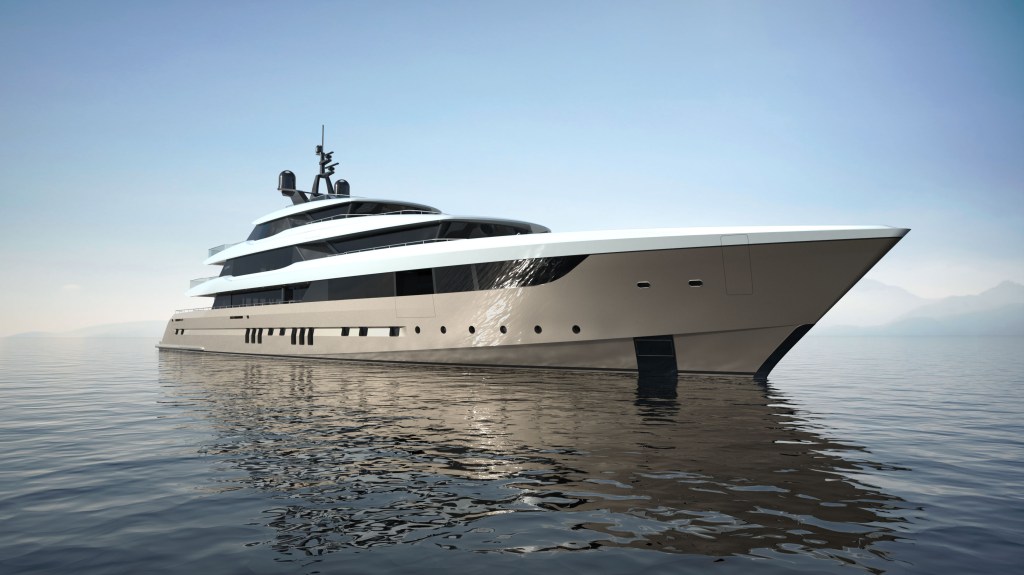 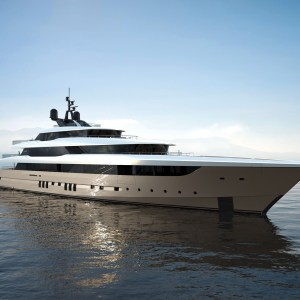 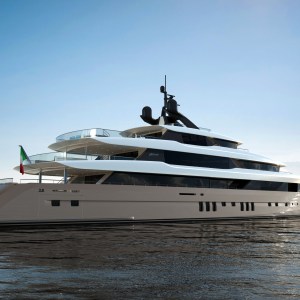 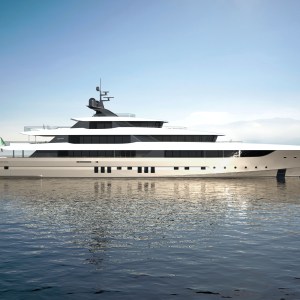 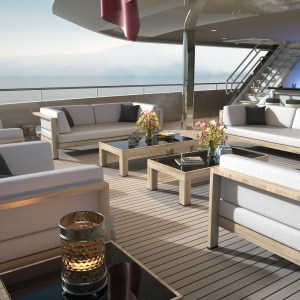 Reinterpreting an historic yacht brand has its potential pitfalls, and when you supersize it, the challenges become even more pronounced. Baglietto’s new Sestante (which translates to sextant from Italian) does a great job of keeping the Italian brand’s traditional lines while creating a fresh look with the new flagship. “We made sure to keep some elements of our 160-year-old past, but we also wanted to look toward the future,” Michele Gavino, Baglietto’s CEO, told RobbReport.com.

After the 230-foot Sestante finds the right owner, the yacht will have a magnificent profile in the flesh, combining the powerful, classic Baglietto forefoot and proportionately layered decks with sweeping windows across the superstructure. Known for performance, this new Baglietto will be much faster than most yachts its size, with a projected top speed more than 25 knots. “We always need to push the boundaries,” says Gavino. “It’s almost unbelievable that a yacht this size could reach 25 knots and still have more than transatlantic range.”

Mulder Design in the Netherlands created the new Baglietto concept, and as would be expected from any Dutch designer, the technical advances will be the difference between another beautiful superyacht and a true ocean runner. The Mulder High Speed Cruising Hull is a specially designed running surface developed specifically for this project to deliver an impressive top end of 25-plus knots without impacting onboard comfort. At 12 knots, Sestante will have a range of 6,500 nautical miles. After extensive Computational Fluid Dynamics testing, Mulder worked out the best formula for the most efficient hull shape, bulbous bow, and transom shape.

The Italian yard is also offering optional jet-drive Voith VLJ propulsion to enhance fuel efficiency. Sestante can also be outfitted with hybrid power. Using diesel-electric at 12 knots extends the yacht’s range to an almost-unheard-of 10,000 nautical miles. Though fast and efficient, comfort was also a top priority for Sestante’s design. The boat will have both roll stabilizers (standard on most superyachts) and pitch stabilizers, which would be a novelty on a superyacht. Mulder said that pitch reduction of up to 40 percent, combined with the roll stabilization, would provide true ride control and make cruising at high speeds a joy, rather than a roller-coaster ride.

Being a Baglietto, the interior will be a sanctuary for guests and owners. The master suite will have its own private deck and Jacuzzi, and two VIP cabins will have their own private balconies. The stern beach club is palatial, with a bar, seating, and day head that promote extended lounging near the sea.

A touch-and-go helipad will be available for the foredeck. Gavino said that the yard is now planning to turn one of the tender garages into a bay for a personal submarine. “With her speed, range, and the ultimate toys, Sestante will be more than a superyacht,” says Gavino. “She’ll be a starship.”