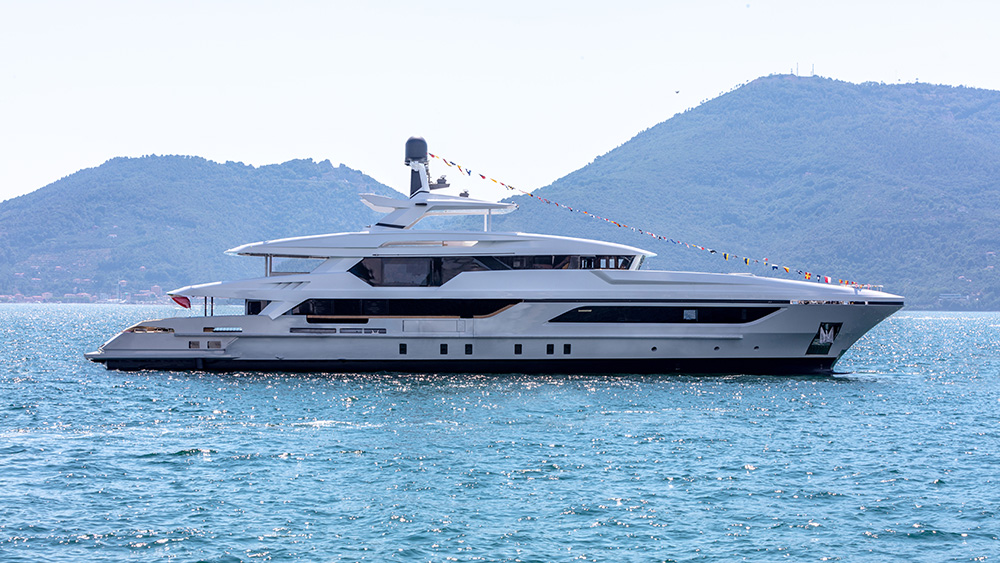 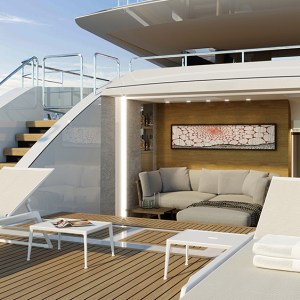 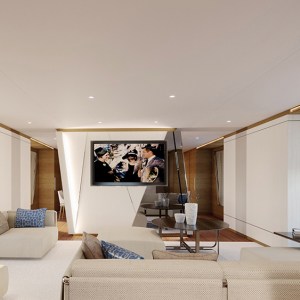 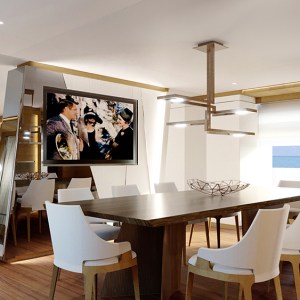 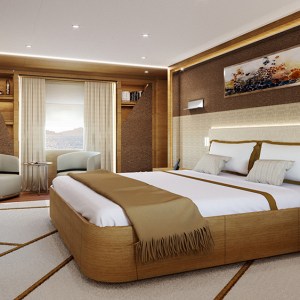 Baglietto’s 48M T-Line is not only the largest yacht at the Cannes Yachting Festival this year, but it also sold on the first day of the show. The new 157-foot superyacht can rightly claim to be the yard’s first in-house design since the new executive team took over the iconic brand three years ago. Baglietto, which built its first vessel in 1854, is clearly moving into the next chapter of its long history with this new design.

CEO Michele Gavino understood that Francesco Paszkowski, as the exclusive designer, had shaped Baglietto for nearly a decade. The Italian designer had given the yacht line its signature look. Gavino commissioned Paszkowski to do the exterior for the 48 T-Line.

But Gavino wanted to offer clients a fresh take on the interior, focusing on new features clients had requested and then adding some well-thought-out surprises for good measure.

Gavino tasked his in-house team of designers and architects to come up with a beautiful interior that went beyond conventional design and combined a contemporary feel with a sense of adventure.

Team Baglietto used Italian walnut as the base wood, combining it with gold and bronze accents, light-toned carpet, and cream-colored leathers. To serve as a counterpoint to the darker joinery and tables, a light-colored Canaletto-nut-pattern wood floor was used in the saloon and staterooms. The paneling on the walls had irregular cuts of inlaid wood that gave it a modern feel, without detracting from its elegance. Floor-to-ceiling windows bathed the saloon and skylounge with natural light.

Beyond interior materials, Baglietto came up with unusual features for the central galley, including large, walk-in cold rooms that allow months’ worth of food storage for long-distance cruises or quick access for a large social event on board. The storage went beyond food, however, and the designers included a separate room for luggage belonging to owners and guests. Both design cues came from transatlantic ocean liners of the 1920s, but both are handy on a modern-day superyacht.

The beach club is also an unusually large for a yacht this size, with more than 500 square feet devoted to a steam room, bar, and an area that could be used as a gym, spa, or some sort of quiet retreat center. Owners and guests can sit in the beach club and look out over the open expanse of ocean behind the yacht.

Powered by twin Caterpillar diesel engines, the new 48 has a top-end speed of 16 knots, with a cruising speed of 12 knots. This newest Baglietto has also been built to the highest class of Lloyds Register of Shipping.

After Cannes, the 48-T will move to the Genoa Boat Show (where it will once again be the queen of the show) and then on to the Monaco Yacht Show, before being delivered to the new owner.