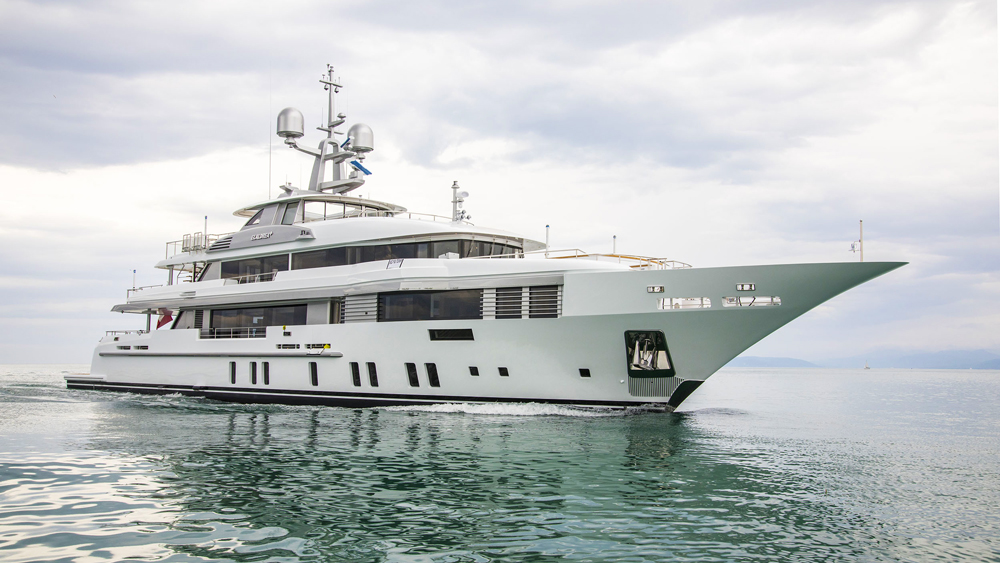 With new CEO Franco Fusignani at the helm, the Italian shipyard Benetti is well on its way to offering even higher-quality builds and lower production costs—but one thing that won’t change is the striking craftsmanship the venerable brand is known for. Elaldrea+, a 160-foot superyacht that was delivered to the owner last month, is a prime example of that precise, built-to-last craftsmanship.

The sleek, streamlined exterior lines were envisioned by Argentinean architect Horacio Bozzo, while the interiors were designed by the Benetti Style Department. In addition to a steel hull, Elaldrea+ has a pearl-white aluminum superstructure painted with silver accents. Depending on the angle of the light hitting it, an iridescent effect enhances or hides the design details completely.

Several of the spaces were created to be used during navigation, including the large beach club, which comes fully equipped with a bar, sauna, sofa, and a rear door that opens to a swim platform. On the upper deck, a swimming pool in the bow can be filled with seawater, while an indoor lounge is outfitted with a television, bar tables and stools, and a gaming room with a private bath that was specially designed by the owner. A second freshwater swimming pool is available on the sun deck next to a bar, barbecue area, and table that can seat up to 10 guests.

Four guest cabins (including two VIP cabins and two double cabins with French and single beds), crew quarters, the engine room, and the stern garage make up the lower deck. The day zone leads to the kitchen (which has a pantry with two wine cellars), an office, and the owner’s suite. Decked out in marble and wood, the owner’s suite is home to his-and-her dressing rooms and baths as well as a balcony.

Elaldrea+ has a range of 4,000 nautical miles at 10 knots, making it well-suited for long cruises.