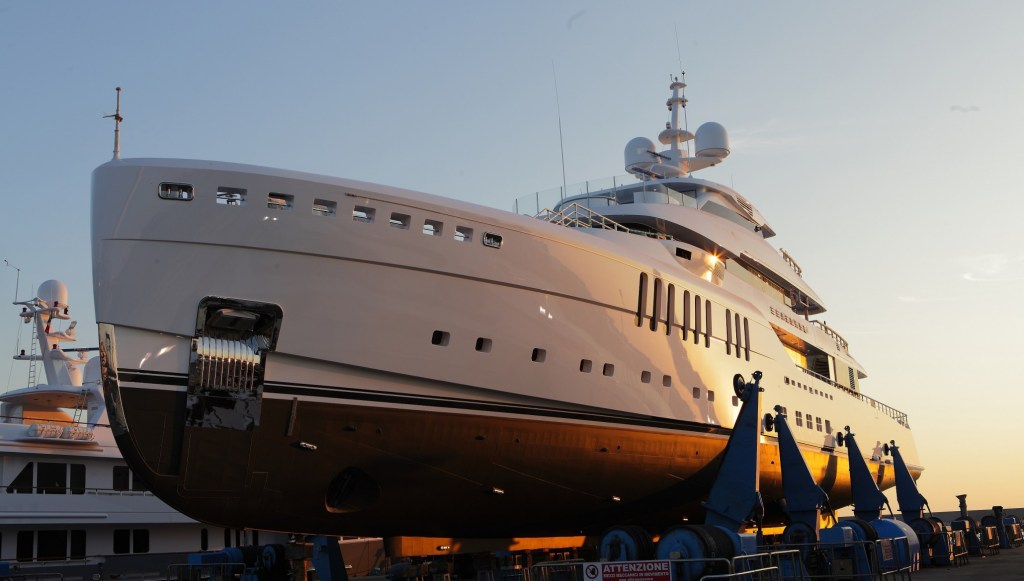 As its name suggests, Benetti’s new 220-foot superyacht Seasense was designed to maximize the connection with the sea. The yacht was launched last week from Benetti’s shipyard in Livorno, Italy. The owners have had multiple yachts, but this is their first Benetti. They also commissioned Dutch design firm Cor D. Rover to supersize the exterior spaces, while creating an integrated connection with the interior. One of the best examples of this is the stern area of the main deck. On most yachts, this is typically a limited entry to the saloon, often with just an outdoor dining table in a relatively confined cockpit space. On Seasense, there is an extended deck devoted to a swimming pool and sunning area. That, in turn, connects to the main saloon through sweeping glass doors that allow the outside in. Given its 35-foot beam, the area is like an expansive outdoor terrace.

This was the first time Benetti has worked with Dutch firm Cor D. Rover and both sides agreed that the collaboration was successful. The owners also created another first for the Italian shipyard by tapping the Los Angeles–based studio Area for the interior design. While Benetti did not release details on the woods, stones, and other materials, Area’s contemporary design work suggests that Seasense’s high-volume interior, including the master suite and five staterooms, will have an edgy, modern, and residential look. The yacht can accommodate 12 guests, with crew quarters for 14.

Built to Lloyd’s Registry standards, Seasense has a steel hull and aluminum superstructure. Naval architecture for the displacement hull was done in-house by Benetti. Powered by twin 1,850 hp Caterpillar diesels, the yacht has a top speed of 15.5 knots. At 12 knots, its range extends to about 5,000 nautical miles. Seasense is also equipped with Naiad stabilizers. Seasense is scheduled to be delivered to its owners in late July.  (benettiyachts.it)