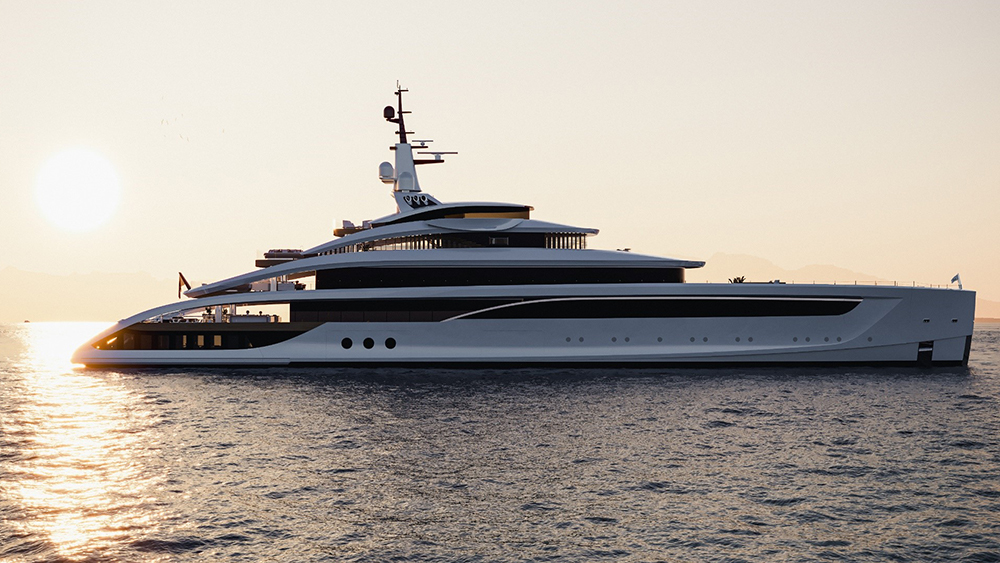 Benetti made quite a few waves at this year’s Monaco Yacht Show.

The storied Italian shipyard, which dates back to 1873, unveiled an innovative new superyacht concept called Project Oro and shared more details regarding the B.Now and B.Century series. What’s more, Azimut|Benetti Group CEO Marco Valle announced that a record 23 launches are planned over the next year—that’s almost two a month.

Penned by Giorgio M Cassetta, the fully custom Project Oro was conceived to meet a range of design requests frequently made by clients shopping for Benettis bigger than 262 feet (80 meters). To that end, the yacht offers an abundance of alfresco entertaining areas, a flowing interior layout and a number of marine innovations. Think nifty expanding decks and a streamlined hybrid-propulsion system.

Measuring approximately 279 feet, Oro promises an interior volume of around 2,500 GT and would be Benetti’s sixth largest custom vessel if built. Its biggest selling point may be its sprawling beach club, which is equipped with fold-out sea terraces that run all the way to the stern. Another highlight is the expansive 4,300-square-foot sundeck that is outfitted with a dining table and lounges for open-air soirees. There is another recessed seating area on the foredeck, while a transverse swimming pool takes pride of place on the aft deck.

In addition, the stylish, 164-foot (50 meter) B.Now superyacht Iryna premiered at the show. The B.Now line, which is now composed of the 50-, 60-, 67- and 72-meter models, has become one of Benetti’s top performers, with 20 units already sold. The award-winning, 213-foot B.Century yacht Triumph also made its debut in Monaco. The B.Century series now includes five custom models, each with a distinctive signature look.

“The prospects for the future are very positive: we began in September with the launch of a 50-meter B.Now and will conclude in August with the launch of a 68-meter B.Century,” Valle said during a press conference at the Hermitage Hotel in Monte Carlo. “The order backlog is trending upwards, with new model deliveries planned until 2027.”

It seems there will be more waves made yet.