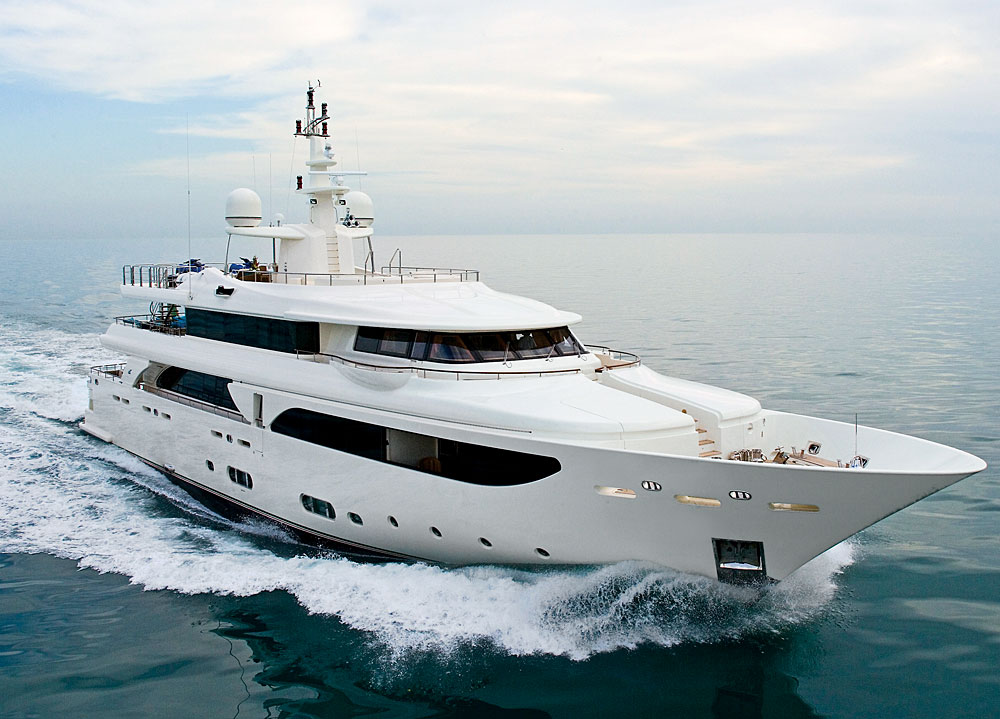 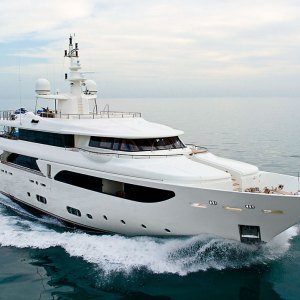 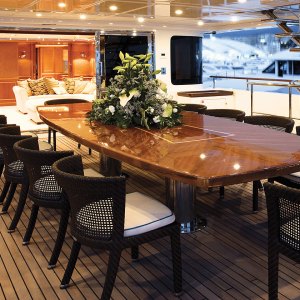 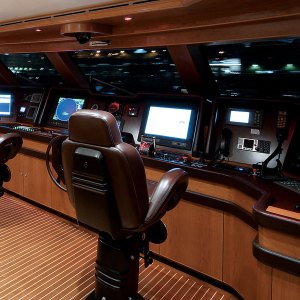 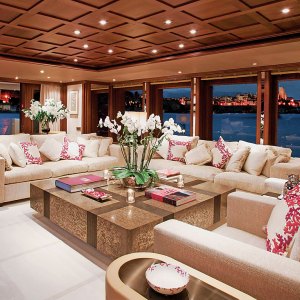 The 141-foot, $33 million Emerald Star is hull number one in the CRN 43-Meter Series (+39.71. 5011.111, www.crn-yacht.com), which is already backlogged well into 2012. CRN, part of the Ferretti Group, reportedly sold six of the designs before Emerald Star launched late last year.

Among several rare features on this yacht, the one drawing the most attention from buyers is the private balcony off the starboard side of the master cabin on the main deck. Sliding glass doors let in abundant natural light and, when open, allow for a breeze inside the master suite that is far more comforting than anything a porthole might deliver. The balcony can hold a cocktail table and two chairs, making it an excellent spot for morning coffee, a mid-afternoon read, or cocktails before dinner.

The yacht also has an air-conditioned gymnasium, with an entranceway and windows that face the vessel’s swim platform. You can enjoy a view of the ocean from just above water level while running on the treadmill, and then, after your workout, walk three or four steps to take a swim.

The latest semicustom offering from Overmarine, a division of the Rodriguez Group in Viareggio, Italy, is the world’s largest open motor yacht. The Overmarine Mangusta 165 Open (+33.04.93.43.99.33, www.rodriguezgroup.com) sits at the top of the Mangusta line, whose range begins at 72 feet, and has the same sleek, sexy styling as her smaller siblings. Powered by triple 16V4000 MTU engines, she can reach 43 mph—an astonishing speed for a 165-foot yacht.

The vessel’s interior includes an expansive main salon with cocktail tables, a long bar, and an exceptional amount of seating. Two pop-up, back-to-back flat-screen televisions face the main salon and the adjacent dining room. Throughout the interior, a combination of neutral fabrics and dark woodwork conveys an elegance that is often lost in more minimalist designs. Outside, the Mangusta 165’s aft deck covers a garage that contains tenders and toys and opens hydraulically at the push of a button.

The Feadship F45 Vantage semicustom series (954.761.1830, www.feadship.nl) was launched to offer a more competitively priced option than the Dutch builder’s fully custom designs in the same size range. Space is hull number one, and two more of the 146-footers already have been sold.

The yacht’s interior receives an exceptional amount of natural light. Eight vertical, rectangular windows line each side of the main deck from midship forward, where the four guest cabins and master suite are located, and a skylight in the sundeck delivers light into the bridge-deck guest areas. Two vast, square skylights brighten the master bedroom as well.

The F45 has a transatlantic range, and its twin 12V2000 M70 MTU engines push it to a speed of 17 mph. Feadship offers the yacht with a white or blue hull and four interior design options.