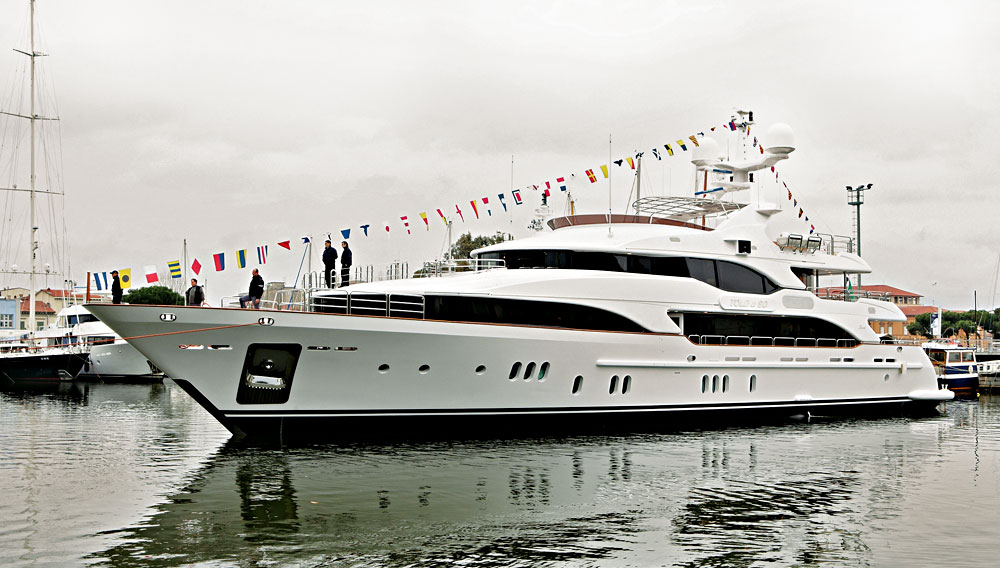 In february the hospitality brand Molori Private Retreats launched its first pied-à-mer. The 145-foot, Benetti-built Told u So (+39.0584.3821, www.benettiyachts.it; available for charter through Molori Private Retreats, 212.717.4500, www.molori.co.za) joins two villas in South Africa, one on the Great Barrier Reef in Australia, and another under construction in Santa Monica, Calif., in the Molori portfolio. The company’s founder, Kirk Lazarus, designed all of the homes in the collection, and he oversaw every detail of Told u So’s construction. The finished product is a reflection of his world travels, filled with furniture and artwork from far-flung locales. During its own world travels, Told u So can accommodate as many as 10 guests in five distinct guest suites—including a main-deck owner’s suite with a six-person hot tub—as well as 12 crew. Passengers can hit the water on the yacht’s Jet Skis, Riva tender, and other water toys, or take a dip in the plunge pool on the top deck, which features a privacy curtain to keep away prying eyes while in port. At press time, Molori was scheduled to begin chartering Told u So this summer.