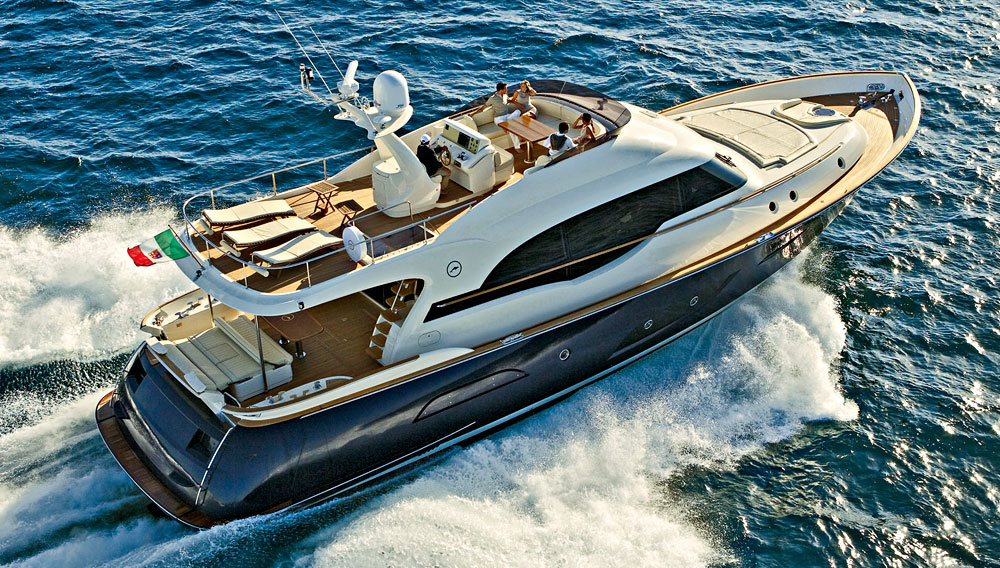 Like the rest of the Italian builder’s Dolphin line, the Mochi Craft Dolphin 74‘ Cruiser (+39.0543.787.511, mochicraft-yacht.com) is said to be based on a New England lobster boat. While the shapes of the smaller Dolphins do bear some resemblance to lobster boats, the 74‘ Cruiser could never be mistaken for a working vessel—this is obviously a pleasure craft. It is large enough to include a 270-square-foot flybridge with a dining and sitting area forward and room for lounging aft. The Cruiser’s 74-foot length also accommodates a salon that is spacious enough for separate galley, dining, and lounge areas, the latter of which opens to the stern’s dining deck.

Belowdecks, the full-beam master suite has picture windows, a mini salon, and a head with his and her sinks. Each of the three guest cabins contains a head, and the crew quarters at the stern includes a dinette, a laundry room, and two cabins. The Cruiser reaches a top speed greater than 32 knots, and it can be equipped with an optional ARG anti-rolling system.