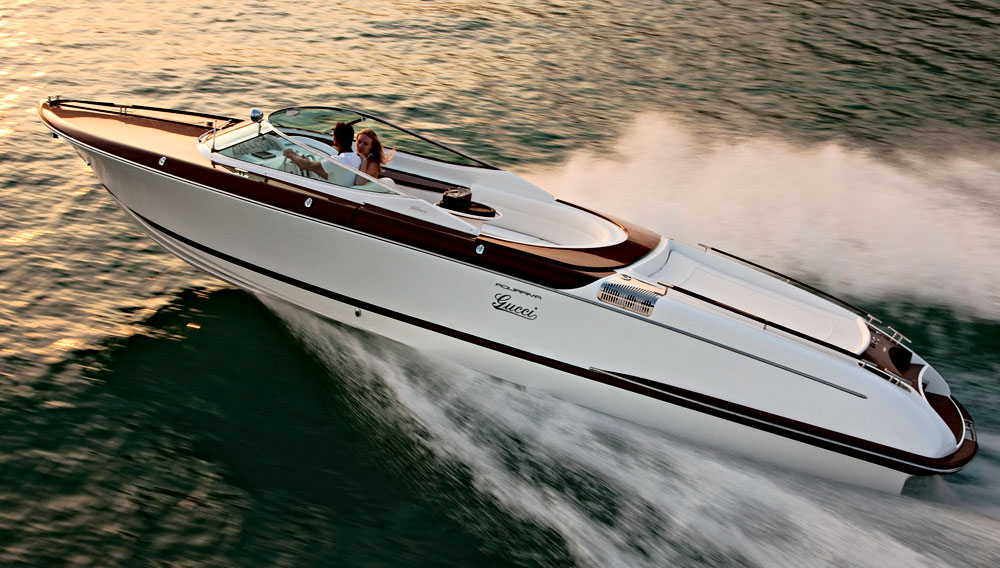 The limited-edition Riva Aquariva by Gucci (+39.0543.787.511, www.riva-yacht.com) is a sharply dressed version of the lithe, 33-foot cruiser that the Italian boat maker introduced in 2001. As part of her company’s 90th-anniversary celebration this year, Gucci’s creative director Frida Giannini gave the boat a makeover that included a glossy white hull, a mahogany-lined cockpit, a mahogany deck, and cockpit and sundeck seats covered with white waterproof fabric embossed with Gucci’s signature Guccissima pattern. A green-and-red stripe along the waterline complements the green tint of the crystal-glass windshield.

The Aquariva by Gucci can match its appearance with its performance. It has a range of 150 nautical miles when cruising at 36 knots.