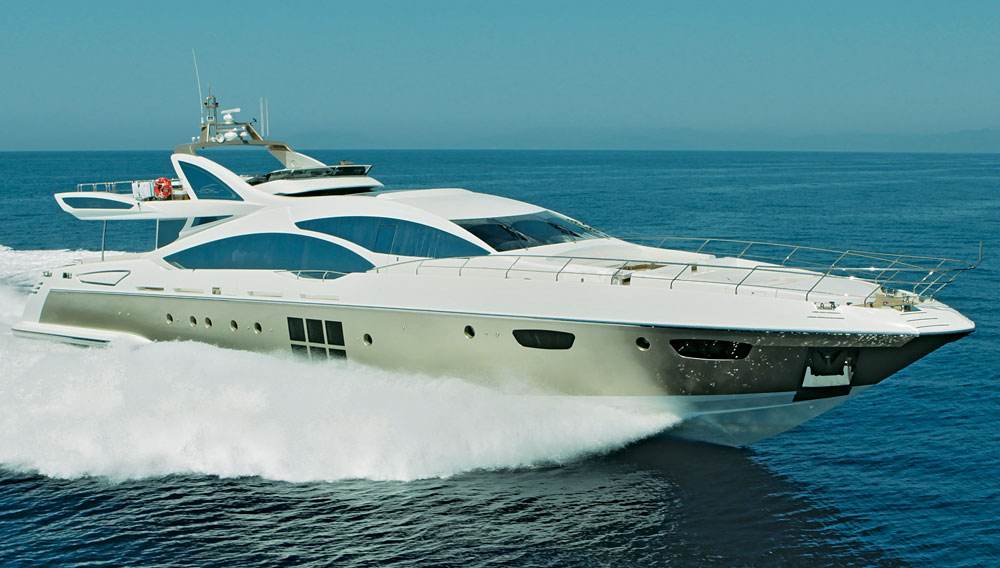 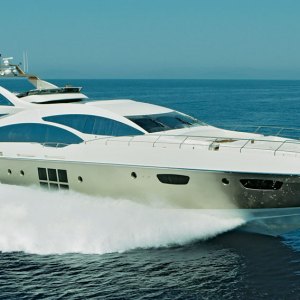 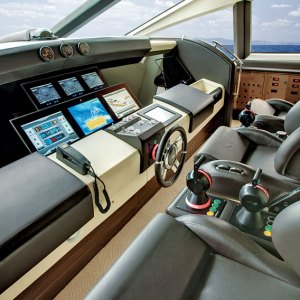 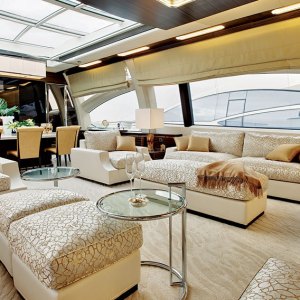 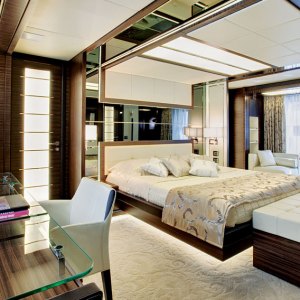 At 120 feet, the 120SL is the grandest vessel in the Azimut Grande series, a line of 100-plus-foot planing yachts with which the Azimut-Benetti Group bridges the gap between custom and semicustom yacht building. Like the rest of the collection, the 120SL features exterior styling by longtime Azimut designer Stefano Righini. Carlo Galeazzi, who also worked on numerous previous Azimut designs, conceptualized the layout and interior architecture. Azimut-Benetti builds the 120SL and the rest of the Grande series at its custom shipyard in Viareggio, Italy.

SL stands for “sport luxury,” and the yacht’s sportiness comes from three 2,400 hp MTU engines mated to twin Rolls-Royce water jets and a central booster. The combination provides a powerful yet smooth ride. Depending on the owner’s choice for interior fittings and decor, this engine package enables the 120SL to reach a top speed approaching 40 knots—an impressive feat considering the size of the yacht.

One of the more appealing features of an Azimut Grande series yacht is its flybridge, and the 120SL’s is large enough to include a hot tub as well as a helm station and an inviting seating area. The yacht’s bow offers additional seating and sunning options in a more intimate setting with unobstructed forward views. At the stern, a swim platform provides easy access to the water, and the tender garage has enough space to house a pair of personal watercraft and an 18-foot tender, which launches easily via a mechanical crane.

In the main salon, 538 square feet of windows and a 172-square-foot sunroof provide crystal clear vistas and an abundance of natural light. Opening the retractable window between the cockpit and the salon enhances the airiness of the main deck, which also includes a 10-guest dining table.

The belowdecks stateroom configurations are highly customizable; however, the Azimut Grande design team came up with virtually every feasible layout choice. The first 120SL, which launched in September, features a large master stateroom, a VIP cabin with a double bed, and two twin cabins, each with two single berths.