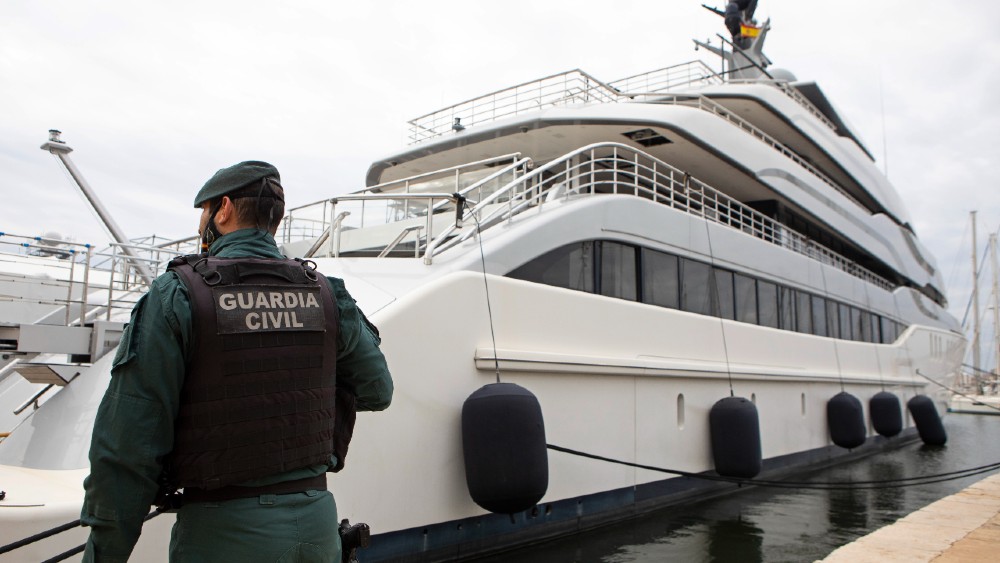 The Biden administration plans to accelerate the process for moving seized superyachts through the US court system, with the goal of selling off the assets and donating the proceeds to Ukraine. Two high-profile superyacht seizures last week show that the pressure on Russian oligarchs does not seem to be slowing.

Last Thursday, a Fijian judge ruled that local law enforcement could impound Amadea, a 348-foot superyacht valued at $325 million. The judge ruled that the yacht, which US authorities claim belongs to Russian oligarch Suleiman Kerimov, could not leave the island nation as the US moves through local channels to officially seize it.

Kerimov made a fortune in Russian gold producer Polyus. He has been on the US sanctions list since 2018 and, after Russia invaded Ukraine, faces sanctions in Canada, Europe, the UK and other countries.

Authorities in Fiji detained the superyacht Amadea weeks ago and last week gave US authorities permission to proceed with officially seizing it. On Monday, the court overseeing the seizure “paused” the process, following the objection of a company that claims to own it.  AP

The 459-foot Scheherazade was also detained late Friday as part of a high-stakes drama in Italy. It had completed months of repairs in a Tuscan dry dock and was preparing to leave Marina di Carrara. Italian police boarded the yacht and told the crew that it was not going anywhere. The Italian Sea Group, which had been completing the refit, sent a statement to Robb Report confirming that Italian police had impounded the yacht and the company was cooperating with authorities.

The exact ownership of the yacht has yet to be established, but US officials told the New York Times it could belong to Russian President Vladimir Putin. The Italian finance ministry said on Friday that its investigation had established that the unnamed owner was an individual that “threatened peace and international security,” and that his actions compromised “the territorial integrity, sovereignty and independence of Ukraine.” It would wait for the European Court to actually release the owner’s name.

Besides Amadea, US officials were also involved in the seizure of the 255-foot Tango last month in Spain.

A new fast-track procedure for the seizure and sale of forfeited assets could mean that Tango owner Viktor Vekelsberg and other Russian oligarchs lose their prize possessions much faster than expected.  Courtesy AP

While the White House plans to sell the yachts and donate the proceeds to Ukraine, several maritime attorneys told Robb Report that existing laws concerning asset seizures are not straightforward. “The current situation is unprecedented,” said Benjamin Maltby, partner at Keystone Law in the UK and an expert in yacht and luxury-asset law.

“The United States and Western countries have considerable authority to seize property, but less authority to keep it,” added Jonathan Turley in USA Today. “The reason is that, unlike Russia, these countries are bound by property rights and rules of due process.”

Even the power to seize can be complicated. After the court in Fiji last week ruled that the US could move ahead with the seizure process of Amadea, a higher court there today “paused” the procedure and set a hearing on Thursday for a company that claims to own the yacht.

But the White House has proposed a plan that would make it easier and faster for US authorities to go after the assets of oligarchs through an administrative procedure. A White House press release said it would create “new authorities” within the Departments of Justice and Treasury to “streamline” the process. The new proposal would also allow seizure of property that was used to “facilitate the evasion of sanctions,” which would change current US law.

The new procedure will provide adequate due process for the owners while also creating an “expedited” review by a federal court. It would also effectively change the way the government-asset seizures work. “The idea of a yacht or jet valued in the hundreds of millions seized and liquidated administratively is new territory,” Franklin Monsour Jr., a former federal prosecutor and a lawyer with Orrick in New York, told the New York Times.

Many oligarchs would avoid contesting the seizure of a superyacht, jet or home, because the new procedure would involve subjecting themselves to US jurisdiction. “It will likely be without challenge,” Monsour said. “And the government knows that.”

As the new administrative procedures continue to be finalized, yacht seizures in Europe, the Caribbean and the Pacific Islands are expected to continue, and possibly accelerate. Italian, French, German, UK, Dutch and Finnish authorities have confiscated dozens of other yachts in the last eight weeks. The largest yacht among the oligarchs is the 512-foot Dilbar, which was officially impounded in Hamburg on April 13. Its estimated value is between $600 and $700 million.