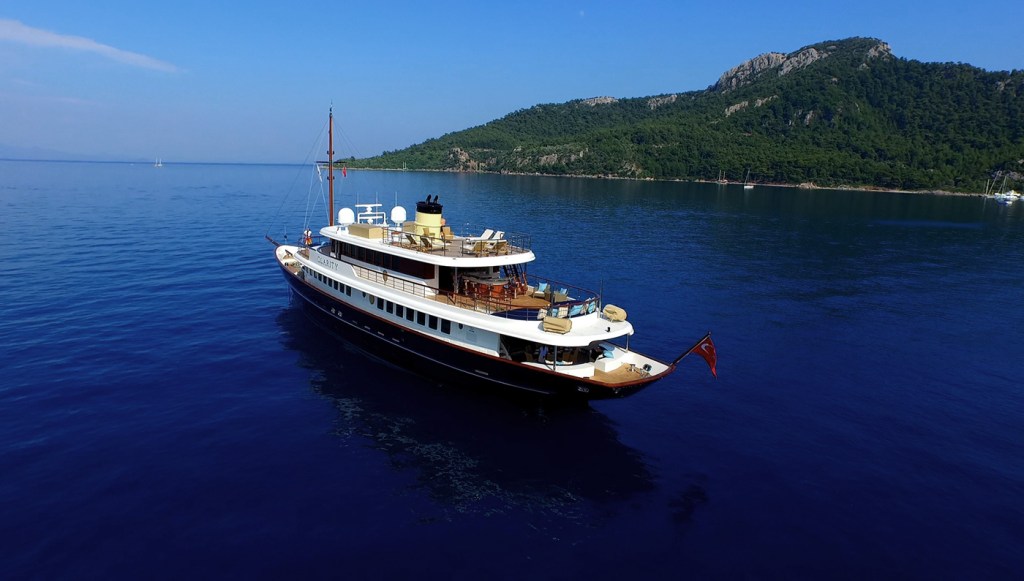 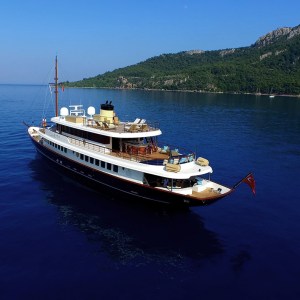 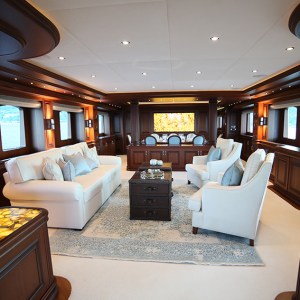 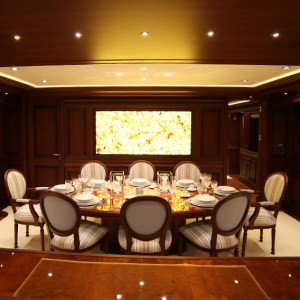 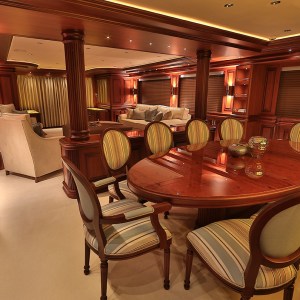 Bilgin 160 Classic-II Clarity is a modern rendition of a 1950s retro ocean cruiser. The sister ship to Timeless (launched in 2012), Clarity, the second hull in the Classic series, shares a similar hull as Timeless but with some revisions to the superstructure. Inside Clarity is a smarter interior design that Bilgin pursued to make it even more marketable. Clarity was sold to an American owner who had the structure and design customized according to personal tastes and preferences, with changes completed within a few months.

Clarity has five staterooms, one less than Timeless, creating space the Turkish yard used to great advantage: Bilgin’s designers enlarged the master suite, expanding the spacious walk-in closet while moving the owner’s bathroom to the deck below, where the crew’s quarters had been, to increase the feeling of overall space. The twin-bed stateroom in the stern of the boat became a larger cabin with a king-size bed. Other modifications include an outdoor bar on the upper deck; improved access to the galley; and loose furniture in the saloon, making it a more flexible rather than fixed decor. Alone, these are not huge changes but, combined, they certainly add to the quality of life aboard the yacht.

Clarity is a prime example of the yard’s ability to craft impeccable woodwork, ranging from the exterior teak decks to the gleaming mahogany used both in the pilothouse and as trim wrapping around the edges of the outer passageways. A wooden foremast and long bowsprit further enhance the yacht’s classic look without nudging it into kitsch territory. Clarity’s social areas include an upper deck with sunbeds, a Portuguese bridge with more sunbathing islands, an outside bar, and an aft cockpit for alfresco dining.

The yacht reaches a top speed of 13 knots, with a range of 5,800 nautical miles when cruising at 7 knots. The fuel capacity of 8,150 gallons provides transoceanic potential, while the 7-foot, 7-inch draft makes it possible to venture into shallow-water cruising grounds like the Bahamas. In addition to accommodating 10 guests, Clarity also accommodates a crew of eight. (bilginyacht.com)