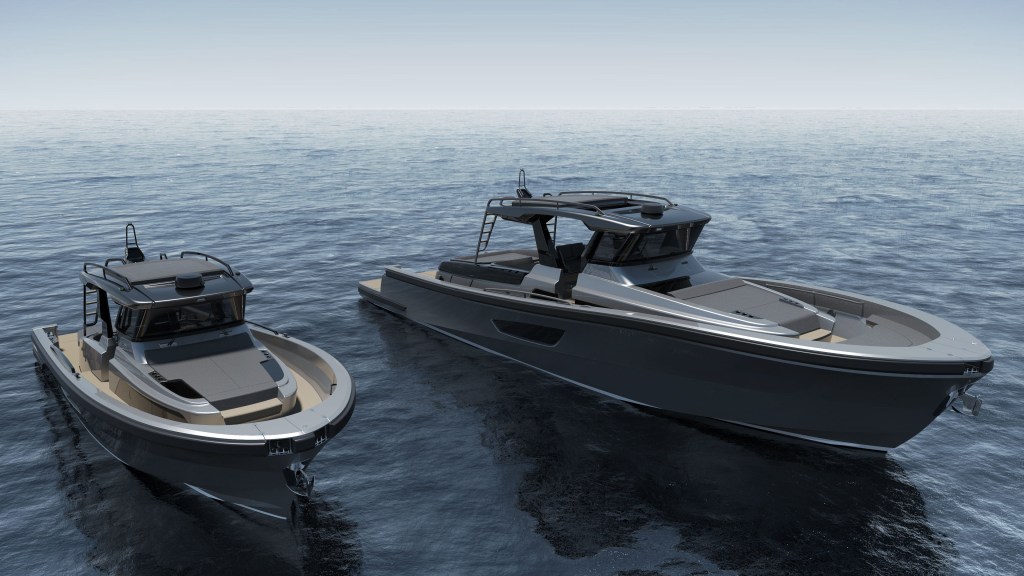 Bluegame is one of those quirky Italian builders that pioneered a new type of day yacht. In 2002, founder Luca Santella combined a center console, with a large forward walkaround and open stern area to create the first “sport-utility boat.” The company’s owners now include yachtbuilder Sanlorenzo, which has acquired a majority stake in the company and plans to give the brand a new direction. Recently, renowned superyacht-design studio Zuccon International Project has also signed on to become Bluegame’s designers of record. Bernardo Zuccon has returned to Bluegame’s origins by doing a major overhaul of two of its most famous models, the BG40 and BG60.

The new BG42 and BG62 will be launched at the Cannes Yachting Festival in September. Zuccon, with his sister Martina, has worked closely with Santella to revise the style of the initial models, while carrying it into the future. The models will emphasize outdoor use, as most center consoles do, but the Zuccons have maximized exterior spaces with wider side passages, a larger bow area with more seating, and a reconfigured hardtop that becomes the centerpiece of the yacht. The hardtop not only has a full protective windshield for rough-weather running, but the sides are entirely open with a single support aft. That combination provides protection and openness. It also has a seat on the hardtop, just aft of the sunroof. There are seats aft of the helm area, with another sunpad at the rear cockpit. The open stern offers full access to the water. The goal was to offer a fresh “deck-based” experience, much like being on a sailboat. Yet, the new boats also involved a redesign of the interior layout to improve its functionality and versatility.

The Bluegame hulls are modeled after custom, cold-molded sportfishermen boats built in North Carolina and designed for long-range offshore use in rough sea conditions. The boats have also been built with a collar for protection when coming into marinas and docks. Components like FSC certified woods, LED lighting, zero-impact sustainable leather, and formaldehyde-free furniture also provide an eco-friendly dimension. “The Bluegame models are extremely up-to-date products that retain their powerful functional and stylistic appeal, even though they were created over 10 years ago,” says Bernado Zuccon. He called working with Santella on the new models “an important opportunity,” given Santella’s long design experience.

Santella said he focused primarily on the larger concept of the new models, while the Zuccons worked on the smaller details and aesthetics. “We also have ideas for many other projects to complete and extend the range,” he says.