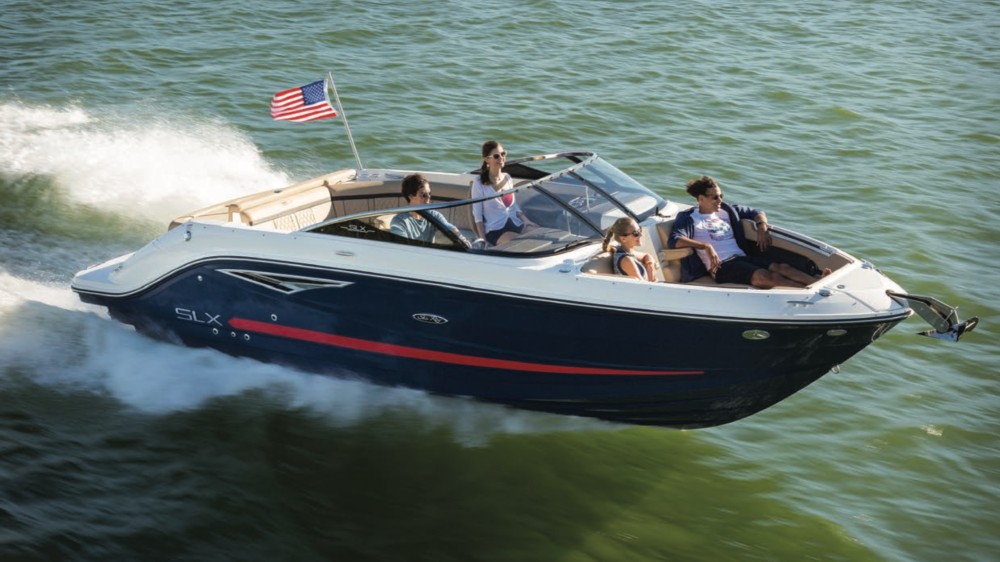 See the boat above? That’s one of the models for sale in an online business called Boateka, one that aspires to be boating’s Carvana. Its listings are in the dozens, compared to the thousands on automotive websites. But Boateka has big plans for growth and the resources to get there.

Despite success in the automotive world, there hasn’t been a Carvana for boats. The idea is appealing: Trading in your bowrider or sportboat for a larger, newer model in an easy, frictionless way, while getting a reasonable return for the old one. But the boating industry never had the financial scale to create a business that mixed online convenience with a real-world infrastructure.

This refurbishment center is taking in used boats, both from individuals and club fleets, and sprucing them up for sale.  Courtesy Boateka

Until now. Boateka has announced a new sales and refurbishment center in Florida that could mark the beginning of a new way, ala Carvana, to buy and sell used boats. Otherwise, the more than one million used boats sold in the US each year either move through dealers or online classifieds. Neither guarantees a smooth, pleasant transaction.

It helps that Brunswick Corp. is the world’s largest maker of recreational boats, with brands like Sea Ray, Boston Whaler and Bayliner, among a dozen others. They also own Freedom Boat Club, a network of more than 300 boat membership locations with a fleet of 5,000 boats. Boateka seemed like a good way to not only move aging boats out of Freedom’s system, but also introduce new buyers to boating. With Boateka now moving into its second year, says Preisser, the model has been working.

The new sales and refurbishment center in Merritt Island, Florida, is a bigger step into the Carvana business model. The center has staff that recondition old boats and sales area. Right now, offerings are limited in size to 30 feet, but Preisser says both numbers and sizes could expand into larger yachts and more luxurious boat brands.

Brunswick affiliates like Sinclair Marina in Georgia have Boateka offerings in their showrooms. The company calls it a “store within a store.”  Courtesy Boateka

“Building the infrastructure could allow us to take it in different directions,” she says, noting that Freedom partners with about 20 boat brands, many of them non-Brunswick badges. “We‘re in the hundreds of units now, but see much opportunity for expansion.”

With the new center being opened for just 30 days, most of the trade-ins are local, typically within a 25-mile radius. But Preisser says some buyers have come from out of state to buy boats. She expects its reach to expand. “We recently acquired four marinas in Georgia and North Carolina so there are other locations we can work with,” says Preisser. “The idea is to have a store within a store within a marina with these used boats.”

While Carvana has multiple competitors, Brunswick Corp. may be boating’s only player with the resources for this business model. Last week, the company reported an 18 percent year-over-year jump in second-quarter sales of $1.84 billion.