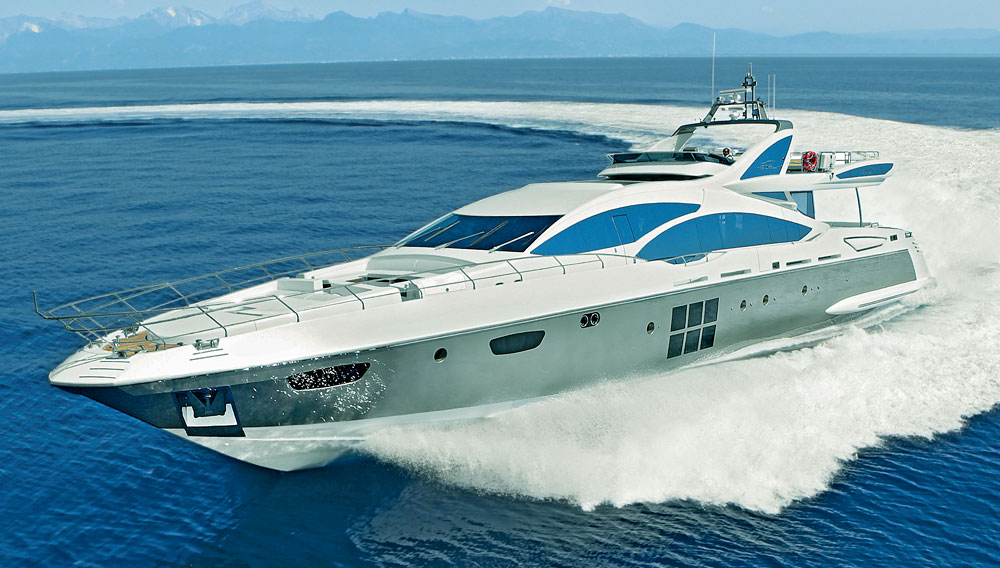 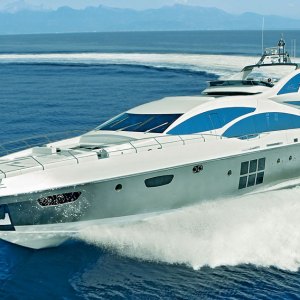 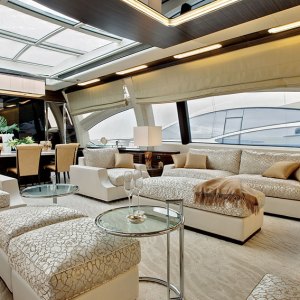 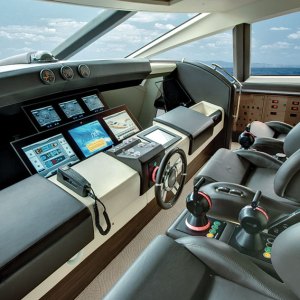 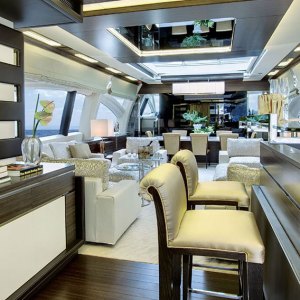 The Azimut-Benetti Group introduced its Azimut Grande series—a collection of highly customizable planing vessels measuring 100 feet and longer—in January 2011. At the time, the line consisted of the 103SL, the 105, and the popular 116, each of which had launched prior to the announcement. With its first new vessel in the series—a 120-foot beauty unveiled at the Cannes International Boat Show in September—the Italian company has further blurred the line between its production boats and made-to-order megayachts.

Like its Grande predecessors, the flagship 120SL is constructed in Azimut-Benetti’s shipyards in Viareggio, Italy. As with a Benetti custom megayacht, each boat in the series represents a collaboration between the client and a team of service professionals. The team consists of a local sales manager, an interior designer, a technical manager, and a product manager who serves as the client’s liaison to the shipyard. “[This team] exists precisely to fulfill the customer’s desires while facilitating the organization of the shipyard,” says Ugo Garassino, Azimut’s deputy general manager. “It works for both [parties], because building the yacht the customer wants is everyone’s goal.”

Owners of the 120SL (SL stands for sport luxury) begin with a sleek exterior penned by longtime Azimut architect Stefano Righini and a modern interior from designer Carlo Galeazzi. Depending on clients’ choices for interior fittings, the yacht can hit an impressive top speed of close to 40 knots. This power is courtesy of triple MTU engines with a combined 7,200 hp. The engines are coupled to twin Rolls-Royce water jets and a central booster, which provide additional power and a smoother and quieter ride.

Guests can enjoy the ride on the 120SL’s main deck, where Righini’s design incorporates numerous windows and an approximately 172-square-foot retractable sunroof. The main deck also houses a dining table that can accommodate 10 guests. Sleeping quarters for those guests are located belowdecks, with a large master stateroom offering his and her bathrooms. Sharing the lower deck are three guest staterooms: a VIP with a double bed plus two twin cabins, each with two single berths. (Five crewmembers access their three belowdecks cabins via separate passageways.) Still, according to Righini, the yacht’s true highlights are above deck.

“I designed the flybridge as an independent area where you can spend all your time without ever having to go below,” the architect says. True to that plan, the flybridge offers a helm station, a living area, and a spa pool. Righini situated a more intimate sunning and dining area at the bow, where sun pads provide spectacular forward views. At the stern, a swim platform grants easy access to water sports, while an adjacent tender garage offers enough space to stow a pair of personal watercraft and an 18-foot tender, which takes just a few seconds to launch via a mechanical crane.

Working with the Azimut Grande service team, clients are free to make decisions for everything from construction to decor (with the exception of engine location, bilges, main bulkheads, the tender haulage system, the double-anchor mooring system, and the touchscreen driving controls). The first example of the 120SL features an interior of dark-stained zebrawood and cream-colored Foglizzo leather, which offer a contemporary complement to the boat’s prevalent glass and steel. But Azimut encourages its clients to determine a look and feel that best suits their individual tastes.

“We have left the possibility for the client to customize the boat within certain rules,” says Righini. “But we have already studied so many different possibilities that a client will be offered a full range of choices.”