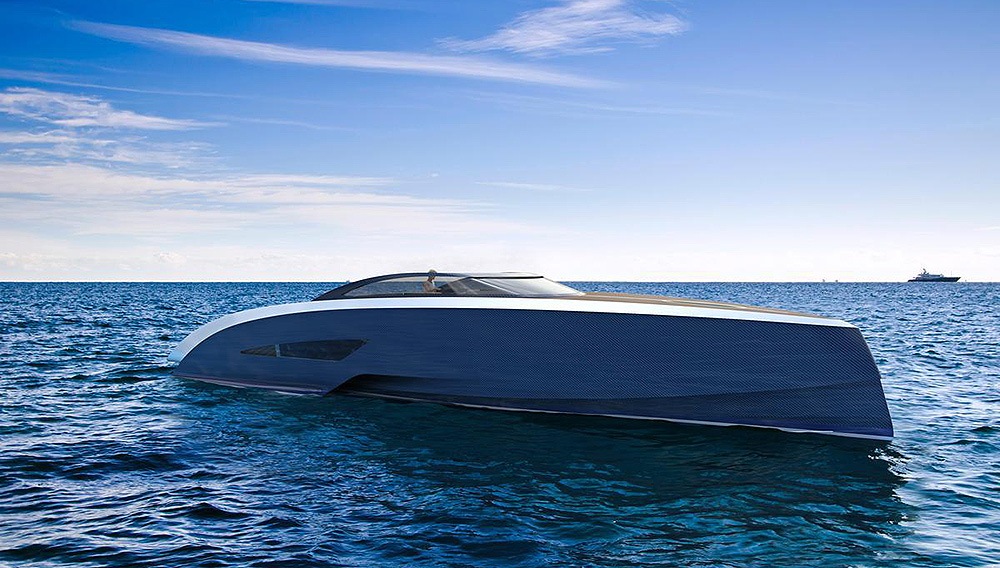 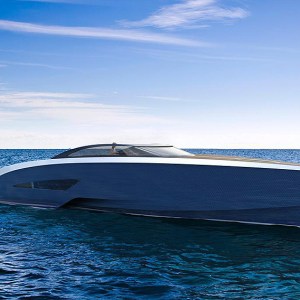 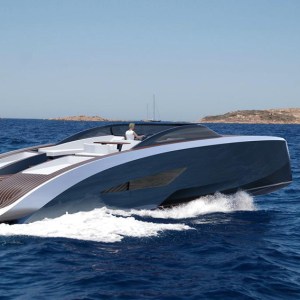 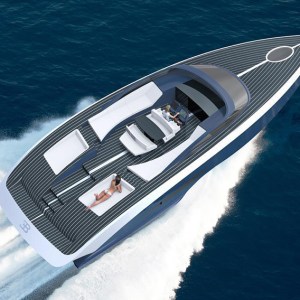 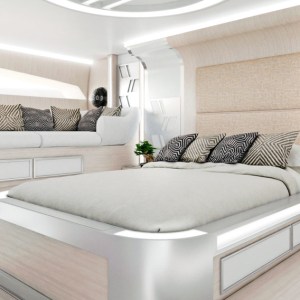 Déjà vu? History is about to repeat itself with the launch of the Bugatti Niniette sport yacht series. In the 1920s, Ettore Bugatti established one of the most famous marques in automotive history—creating legendary performance cars like the Type 35 Grand Prix, the Type 41 Royale, and the Type 57 Atalante—but his attention soon turned toward the sea. By the 1930s, still following his creed of “Art, Form, Technique,” Ettore was building racing motorboats that were just as swift, powerful, and elegant as his racecars.

Carrying the nickname of Ettore’s daughter Lidia, the Niniette yachts will be built by Monaco-based Palmer Johnson. The line will include 42-, 63-, and 88-foot models, with prices ranging from about $2.3 million to $3.5 million.

While licensing deals are often just token nods toward the more famous name in the partnership, Bugatti’s DNA is truly evident across the series’ exteriors. The yachts will feature the falling shoulder line of the Bugatti Atalante, along with the fine-tuned proportions of the Royale. The designers created beautiful, flowing lines that find a delicate balance between elegance and sportiness.

Beneath the water’s surface, the three sister ships will be equipped with Palmer Johnson’s SuperSport hull, a monohull with twin sponsons that provide stability in rough seas. The shipyard has developed an expertise in exotic hull materials after building some of the sportiest superyachts of the last decade. The use of titanium and carbon fiber in the Niniette construction process will keep the hulls stiff and lightweight, similar to the latest generation of America’s Cup racing yachts.

Niniette’s two-tone color scheme further represents the Bugatti heritage. In profile, the titanium and dark-blue carbon fiber imparts a high-tech metallic look, while the deck can be dressed in a dark-caramel maple, blue-morta oak, or brown bubinga for a warm contrast to the rest of the exterior.

The series’ flagship, the PJ63 Niniette, has a length of 63 feet and beam of 20 feet, offering 678 square feet of exterior space furnished with multiple lounges and sunbeds near the transom. The cabin below features a 462-square-foot saloon and two large staterooms, though the shipyard can customize the interior. The PJ63 Niniette will reach a top speed of 38 knots.

Bugatti’s modern design team still adheres to the founder’s motto, “Art, Form, Technique,” but they supplement it with a second: “Form Follows Performance.” One can see both influences in the new Niniette series. (bugatti.com)