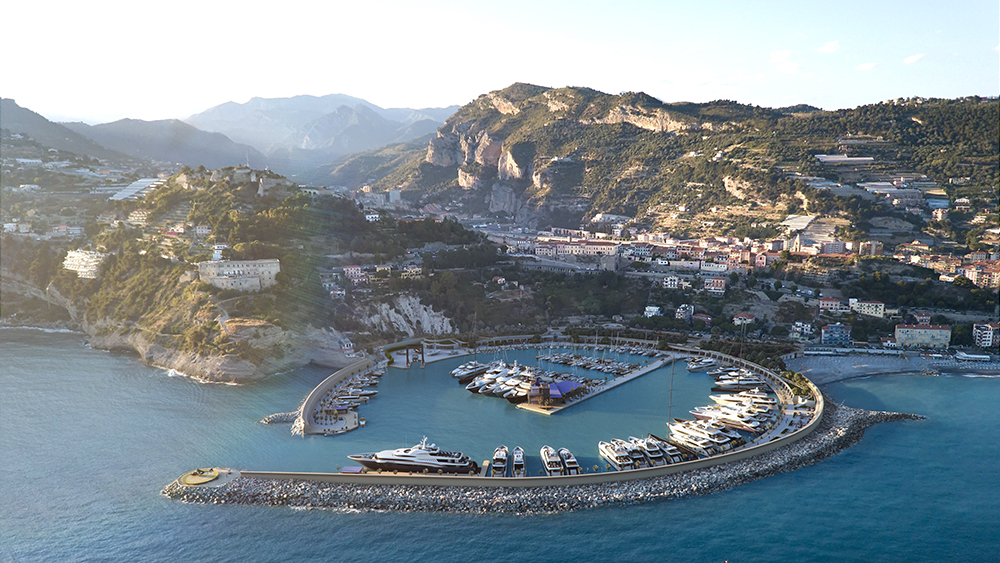 Securing a superyacht slip in Monaco’s Port Hercule or Fontvieille marinas—especially at the height of the summer season—is tougher than snagging front-row Super Bowl seats on game day. But there’s relief in sight. Cala del Forte, a new 178-berth marina located less than eight miles by water from Monaco, will be finished by the end of the year. An official ribbon cutting is planned for June 2020.

Just across the Italian border in Ventimiglia, Cala del Forte will accommodate yachts up to 230 feet, feature 35 upscale shops and restaurants, boast state-of-the-art security measures—70 CCTV cameras among them—and offer haul-out for vessels up to 100 feet.

The marina will also offer underground parking for 577 cars, a substantial fueling depot and water depths of up to 18 feet.

Yet the best news for yacht owners is that it will be operated by Ports of Monaco, which manages Hercule and Fontvieille, with promises of the same level of safety, service and meticulous Monégasque attention to detail.

According to reports, Ventimiglia’s original plan from 2008 called for a 348-slip marina, for boats in the 30- to 60-foot range. Work began, but after the marina’s distinctive, wave-cushioning, semi-circular seawall was built, construction ground to a halt amid rumors of Mafia money being siphoned and local government infighting. By 2013, all work had ceased.

In 2016, Monaco stepped in to rescue the half-completed project, acquiring the lease, which runs until 2094, from the municipality of Ventimiglia and a local developer who had failed to complete the job. In the process, Monaco pledged to invest roughly $94 million to take over and complete the ambitious undertaking by the end of 2019.

“For the principality of Monaco, Cala del Forte is a strategically important investment, simply because we need more berths,” explains Aleco Keusseoglou, president of the Ports of Monaco. “Enlarging our two ports—Hercule and Fontvieille—would be almost impossible given the depth of our seabed.”

Whether visiting yacht owners will be enthusiastic about giving up the glitz and glam of Monaco nightlife for the beach town of Ventimiglia, best known for its bustling Friday street market and as a refugee border crossing, is a test to come.

But for owners, the prospect of a 40-year slip lease in a well-protected marina with Monaco-style services should appeal—especially with the scarcity of berths in the Côte d’Azur marinas. And we all know pasta tastes better in Italy.