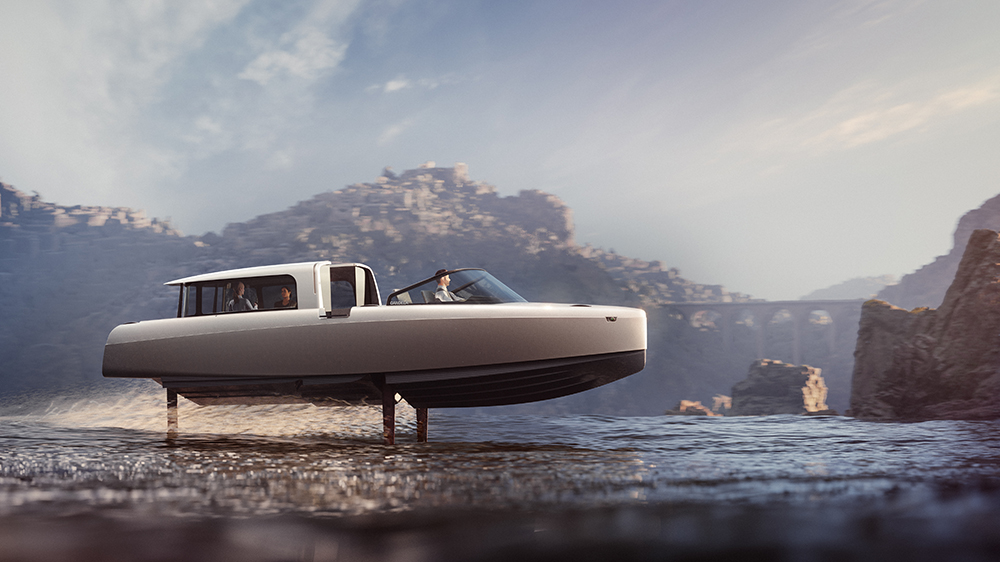 After launching two hydrofoiling electric powerboats in as many years, Candela seems determined to keep up the pace.

The Swedish outfit unveiled a new zero-emissions yacht on Monday at Salone Nautico Venezia, a.k.a. the Venice Boat Show. The new P-8 Voyager is the third model in Candela’s fleet, following the C-7 and C-8 that debuted in 2020 and 2021, respectively.

Designed to replace taxi boats, RIBs and tenders, the carbon-fiber 28-footer promises zero noise, zero wake and zero carbon emissions. This makes it particularly well suited to chauffeuring passengers around sensitive and fragile waters, such as coral reefs, archipelagos or even Venice’s canals.

The P-8 Voyager offers a range of 50 nautical miles per charge.  Candela

“Tourism’s built-in paradox is that while you’re visiting (and wanting to preserve) the earth’s unique environments, you’re at the same time contributing to their destruction,” Candela’s PR and communications manager Mikael Mahlberg told Robb Report via email. “The P-8 Voyager solves the paradox, by offering high speed, long range and a much better and tranquil experience than today’s fossil-powered boats, at a much lower cost.”

Like its predecessors, the P-8 Voyager is fitted with foils, or underwater wings, that allow it to gently glide across the water. This, in turn, reduces energy consumption by a whopping 80 percent compared to conventional motorboats. Furthermore, the vessel reportedly creates less than two inches of wake. Whereas a conventional speedboat’s displacement hull creates small waves that can causes erosion to shorelines, beaches or reefs, the Voyager will barely leave a trace on the water’s surface, according to the company.

What’s more, Candela says the P-8 Voyager can go faster and further than any other electric speedboat. Fitted with an ultra-compact C-Pod motor, it can reach 30 knots at full tilt and has a range of 50 nautical miles when cruising at 20 knots. You can also cruise for well over two hours at a time.

To top it off, the P-8 Voyager can fly in a five-foot chop without slamming into the waves. The flight controller, which kicks in when the vessel is foiling at 16 knots, sports special sensors that automatically make hundreds of adjustments to roll, pitch and height per second to ensure a smooth flight.

The vessel can accommodate six passengers and two crew.  Candela

The sleek interior, meanwhile, can be customized to each owner and offers space for six passengers plus two crew. The exterior can also be finished in a range of different hues.