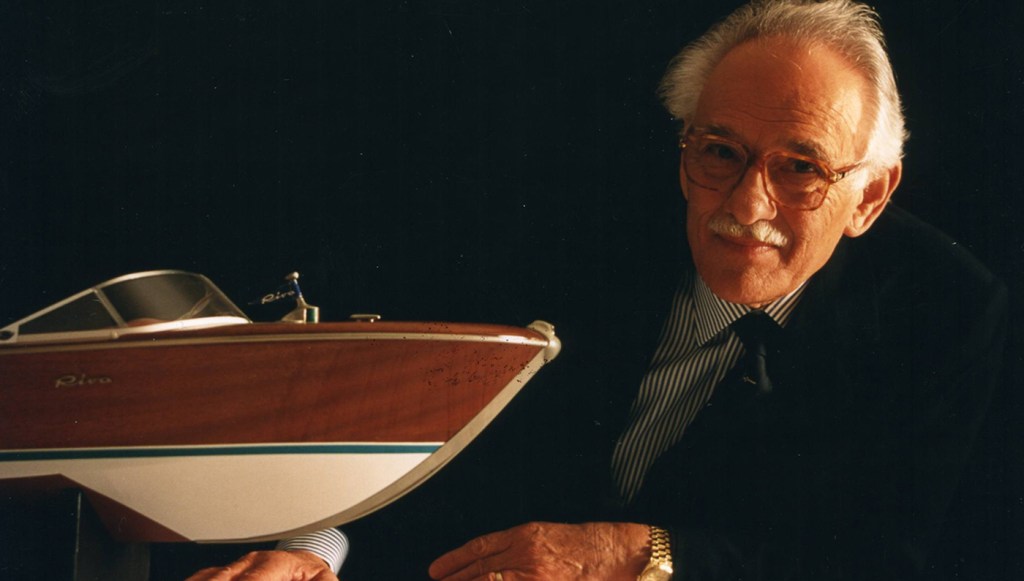 Carlo Riva Passes Away at 95

Carlo Riva, legendary boat and yacht designer and builder, passed away on Monday at the age of 95. Born in Sarnico, Italy, on February 24, 1922, into a respected and passionate boating family, Carlo Riva lived a lifetime on the water, designing boats and setting the style for others to follow.

Riva was established in 1842 on the shore of Lake Iseo, Italy, by Pietro Riva, Carlo’s great-grandfather. Carlo was born during the heydey of motorboating, at the time when the first real speedboats were being built.

In the 1950s, Carlo opened a new futuristic shipyard—currently protected by the Italian Superintendence for Artistic and Architectural Heritage—and the company began building the type of boats its name still conjures to this day: classy, sophisticated, well-crafted pleasure boats, starting with the Ariston, then the Tritone (the first two-engine yacht), the Sebino (the company’s first series), and shortly thereafter, the Florida, made famous by Brigitte Bardot, Liz Taylor, Sean Connery, and others. Aristocrats and business tycoons alike clamored for the beautiful wooden boats. Carlo created Riva’s golden era.

Riva introduced the Aquarama in 1962 at the Milan International Boat Show, and it immediately garnered attention and fans, establishing it and the boatyard as a timeless icon.

In 1969, at Carlo’s directive and to his design, Riva started building in fiberglass, which it still uses today, although it continued to produce runabouts in wood until 1996, when the last Aquarama Special was built. In 2000, Riva introduced the 33-foot Aquariva, which most reflects the classic yachts of the 1950s and ’60s. And while its hull is constructed from fiberglass, the yacht still features a mahogany deck and finishings. Riva does not release prices, but they have been reported in the $1 million range.

Most recently, Carlo attended the launch of the Rivamare last spring. His enthusiasm and creativity will be missed. (riva-yacht.com)