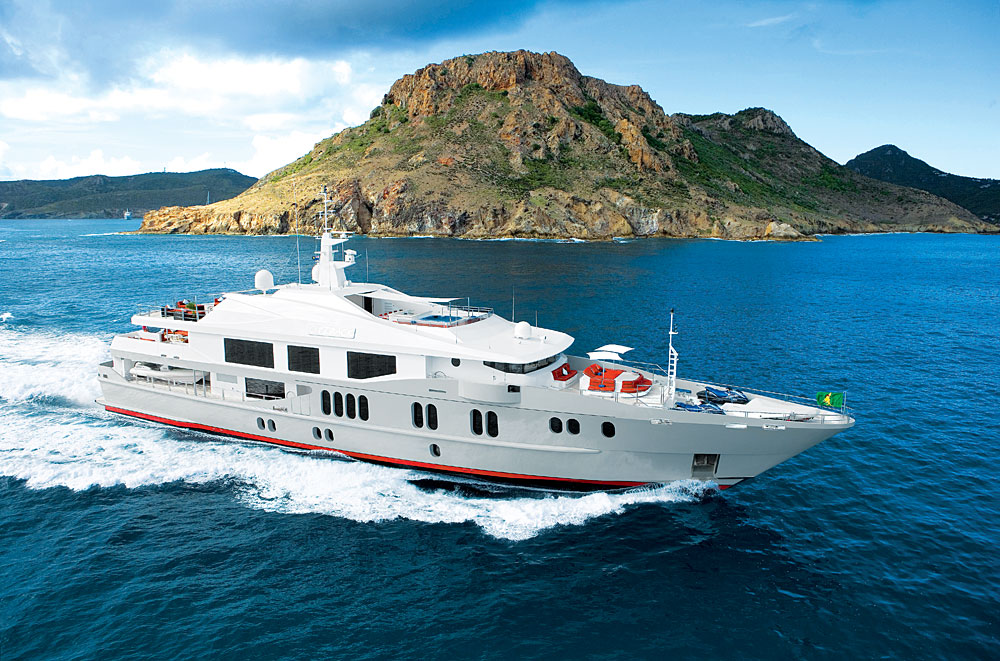 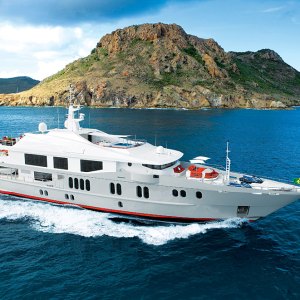 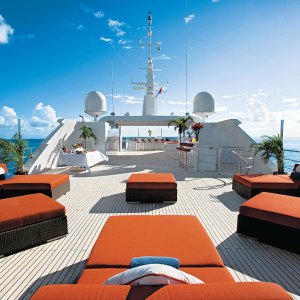 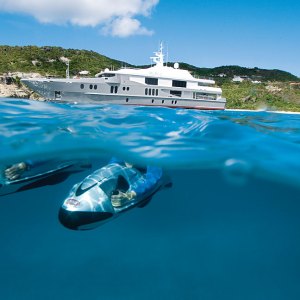 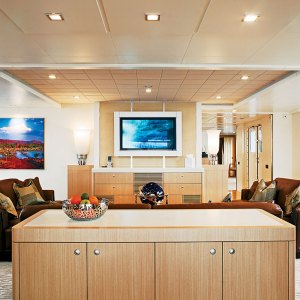 When the owner of the 193-foot Austal Outback told Australian yacht designer Sam Sorgiovanni that he wanted the vessel’s interior to feel like a beach house, Sorgiovanni knew he would have to create a decor far different from the norm. “In many yachts, you walk in and are overwhelmed by the details, paneling, architecture, and gloss,” he says. “Here, we pushed them into the background. We tried to allow the furniture to work in the decor sense, as it would in a home, with the walls as a backdrop. It creates a lighter, cleaner, airier look that’s more inviting.”

Since Outback’s launch in July 2007, Sorgiovanni’s design has been well received—and with good reason. Outback is something different, a luxury yacht in every way, but one that offers the casual comfort of an exquisitely appointed beachside bungalow. It also reflects its owner’s love of water sports and open spaces—things that translate into undeniable charter appeal.

Outback began as an abandoned hull at Western Australia’s Austal shipyard, a manufacturer of commercial and defense vessels. It became Austal’s first yacht project following the company’s acquisition of luxury boatbuilder Oceanfast in 1999. Todd Bennett, whose grandfather helped found Australia’s iron-ore business in the 1960s, commissioned Austal to transform the languishing hull into his family’s first megayacht. Bennett enlisted Sorgiovanni for interior and exterior design and dispatched longtime charter captain Chris Lawrence to assist in the build. “The owner is quite young, and he wanted something different,” Lawrence told Robb Report from the western Mediterranean, where Outback recently had a full summer season of bookings under the management of global yachting brokerage Edmiston & Co. “It just so happens that a lot of the things the owner likes appeal to charter customers as well: big, open decks, lots of sun beds, and space for outside activities.”

Outback’s sundeck is 115 feet long—more than half the vessel’s total length. Sorgiovanni says he made the most of the space by mixing loose furniture with the kinds of built-in pieces that are standard on other yachts. “This way,” he says, “you can configure the spaces however you want.” Also, he designed open spaces on other decks to double as relaxation areas when tenders are in the water and the helipad is not in use.

Outback provides more accommodation options than many charter yachts. While the vessel complies with international regulations by taking no more than 12 guests, it is designed to sleep ?16, a nod to Bennett’s large family. The location of the cabins also is somewhat unique in the charter marketplace, with a master room and nanny cabin on the main deck plus two large VIP cabins one level up that have floor-to-ceiling windows. Three more guest cabins with double beds are located on the bottom deck, but even they have oversize portholes that maintain the beach-house theme. Sorgiovanni says the idea was to have cabins “where everyone feels valuable,” rather than relegating some guests to rooms that seem less significant than the others.

His decor consistently brings the outside in. All-natural fabrics and bamboo floors, among other distinctive touches, complement sunlit spaces that are free of bulkheads and narrow hallways. “You get feelings of peace and of being in nature,” says Edmiston charter manager Gayle Patterson. Charter guests may also capture that feeling as they enjoy the vessel the way its owner does. Bennett outfitted the yacht with a plethora of recreational items, such as diving and snorkeling gear, a basketball hoop, a golf mat, WaveRunners, underwater scooters, surfboards, a punching ball for boxing, and an angler’s fighting chair.

The crew members are as activity-oriented as the owner, Patterson says. Most are Australian, and more than half have been with the yacht since it launched, an unusual retention rate in the top-dollar yachting marketplace. They welcome children about 6 years and older without a nanny, Lawrence says. He adds that because the owner’s family includes children, the yacht is outfitted not only with children’s games, but also with safety equipment such as child-size life jackets.

Lawrence was not the only crew member involved in the build; others, including chief steward Sarah Falvey, also participated, ensuring that Outback’s behind-the-scenes organization is as ideally suited for charter as are the decor and mechanical details. Having proper stowage areas for trays and glasses, for instance, makes it easier for the crew to provide instant, top-notch service. And while every inch of the crew’s work space is used to maximum capacity, the guest spaces manage to retain the open feeling that the owner wanted—and that charter clients crave.

“It’s far harder to be minimalistic than it is to overdo something,” Sorgiovanni says. “This boat is a good example of restraint. It has so much in it, but it has the great luxury of space.”