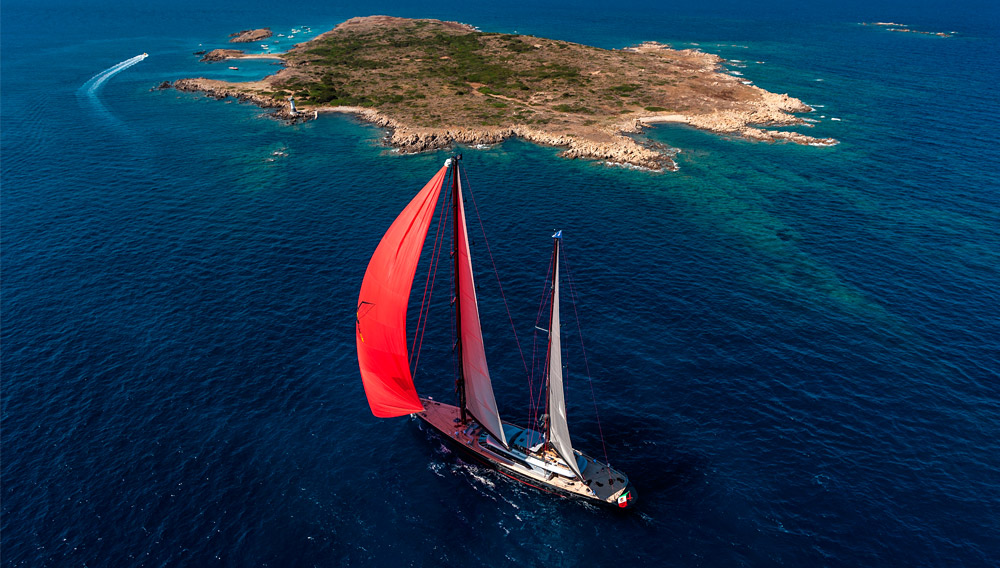 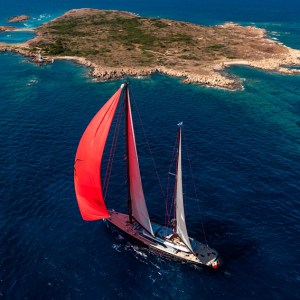 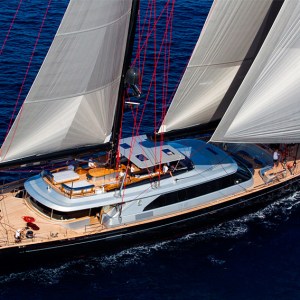 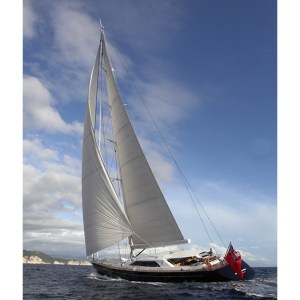 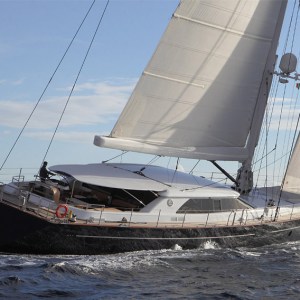 In addition to its Vitruvius-series motor yachts launched in the last few years, including Exuma and Galileo G, the Italian yacht maker Perini Navi is also well known for its large and luxurious sailing yachts. Two of its most recent examples—Seahawk and State of Grace, which both debuted at the 2013 Monaco Yacht Show—are available for charter in the Caribbean this winter before heading to the Mediterranean this summer.

Seahawk, which was delivered in November, is the first launch in Perini Navi’s 197-foot series. The company designed the yacht as a high-performance ketch in coordination with the naval architect Ron Holland. With a slender aluminum hull and superstructure, and much of the sailing equipment and rigging made from carbon fiber, the yacht has a relatively low displacement of approximately 570 tons. The French designer Christian Liaigre created the yacht’s interior, which spans three decks and accommodates as many as 10 guests in five cabins, including a full-beam master suite. The master cabin can be divided into two staterooms, enabling the yacht to sleep two additional guests. For a weekly base rate of approximately $307,000, Seahawk is available for charter from February 20 to March 12 in the waters of Antigua, St. Barts, and the British Virgin Islands through Perini Navi USA (charter@perininaviusa.com, 401.619.2200).

At 131 feet, State of Grace, which was delivered in September, is the smaller of the two vessels, though it features the same hull shape and naval architecture as Seahawk. The first launch in Perini Navi’s Fast Cruising series of yachts at this length, State of Grace can reach speeds beyond 15 knots. It is the first yacht built at the company’s shipyard in Turkey since the legendary Maltese Falcon and features similarly advanced sailing systems. The yacht’s exterior highlights include a wraparound walkway, an outdoor saloon that can be covered in case of rain, and a love seat at the bow, which is a perfect spot to watch dolphins swimming with the ship. State of Grace sleeps as many as nine guests in a comfortable interior replete with dark woods and leathers. For a weekly base rate of $115,000, State of Grace is available for charter through Y.Co (+377.93.50.1212).