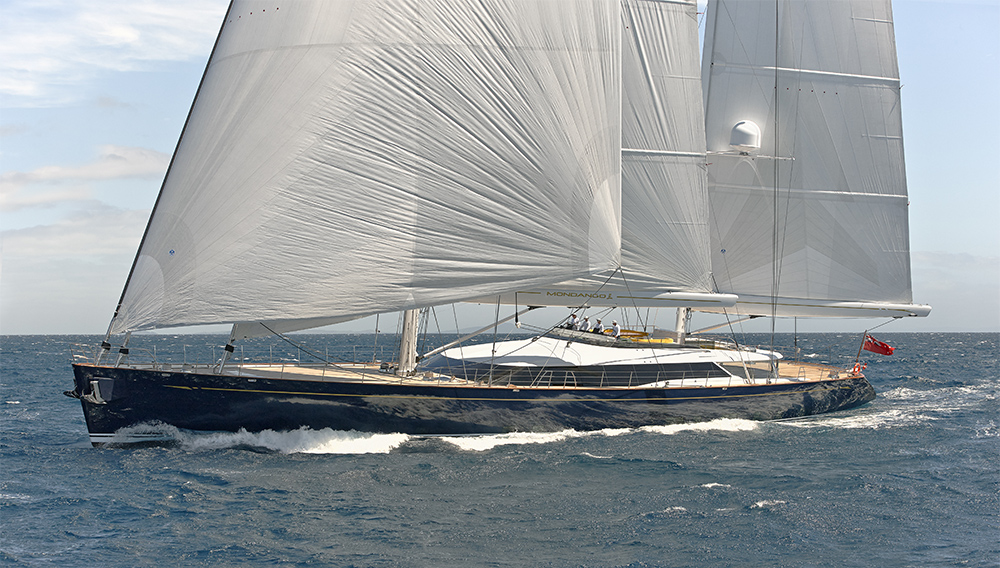 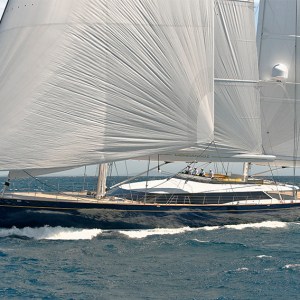 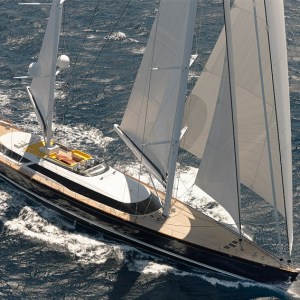 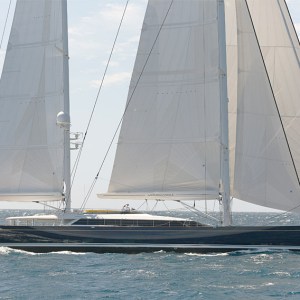 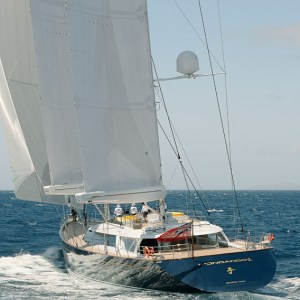 The 186-foot, Alloy Yachts–built ketch Mondango3, which was delivered to its owner in February, is currently available for charter through its central broker, Burgess Yachts. From now until the end of September, the yacht will cruise the South Pacific exploring the islands and atolls of French Polynesia and Fiji, including Bora Bora, Rangiroa, and Taha’a, as well as the Yasawa and Mamanuca island chains. Mondango3 is particularly well equipped for its island-hopping itinerary thanks to a swinging keel that, once retracted into the hull of the ship, gives it a shallow 13-foot draft—allowing the yacht to anchor in ports and coves that would be inaccessible to most others of its size.

When not enjoying hidden beaches or exploring untouched islands, guests aboard Mondango3 are treated to Reymond Langton–designed interior spaces that feature cream-colored fabrics and bleached oak accented with dark ziracote furniture. The main deck’s saloon is separated from the dining area by a large leather panel that houses a massive 103-inch television. The yacht accommodates as many as 11 guests in its five lower-deck staterooms, including a full-beam master suite positioned amidships. On deck, guests can dine alfresco on the flybridge or relax in the hot tub on the aft main deck. A host of toys and tenders are found in the yacht’s foredeck garage, including two Smuggler tenders, wakeboards, water skis, stand-up paddleboards, snorkeling equipment, and an assortment of towables.

Following its inaugural charter season, Mondango3 will travel to the Andaman Sea in the Indian Ocean for winter, visiting Indonesia, Singapore, and Malaysia along the way. Next year, after spending the month of March in the Maldives, it will head back to Singapore and then visit Hong Kong and Japan on its way to Hawaii and Vancouver. Next summer, the yacht will visit Alaska and then travel down the West Coast of North America to Costa Rica before taking the Panama canal to the Caribbean for the 2015 winter charter season.