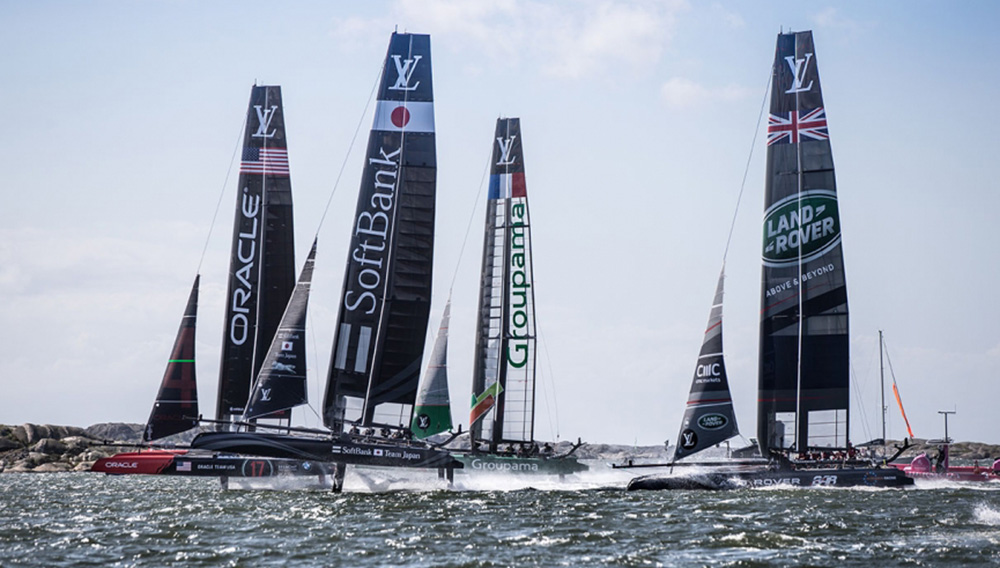 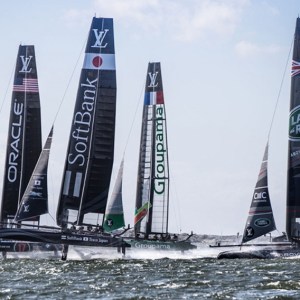 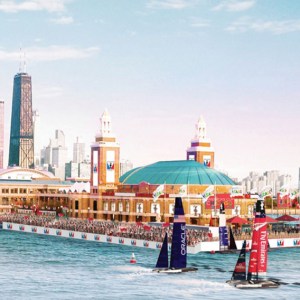 The Louis Vuitton America’s Cup World Series Chicago, a qualifying event for the 2017 America’s Cup in Bermuda, will take place at Navy Pier from June 10 – 12.

“Chicagoans continue to prove their affinity for all sports and now they have the opportunity to add America’s Cup sailing to the list. We have no doubt that our amazing city, its residents and beautiful Lake Michigan will deliver the ultimate experience for the international sailing community.” said Desiree Rogers, Choose Chicago chair.

Navy Pier, celebrating its centennial in 2016, will serve as event headquarters June 10 – 12, 2016, and include a ticketed viewing area, entertainment and VIP hospitality areas for fans to enjoy as the high-performance 45’ foiling catamarans race by at 40+ mph close to the shore.

“We are looking forward to a historic year in 2016 at Navy Pier,” said Marilynn Gardner, president and CEO, Navy Pier Inc. “We will celebrate our centennial and an event like the Louis Vuitton America’s Cup World Series Chicago is a tremendous opportunity to welcome new and returning maritime enthusiasts and casual fans to the Pier. There is no better way to showcase our newly renovated and reimagined public spaces to the world.”

ORACLE TEAM USA, the defending America’s Cup champion, has close ties to the “Windy City.” Larry Ellison, the team’s principal, grew up in Chicago and studied at the University of Illinois and the University of Chicago. ORACLE TEAM USA team member Matt Cassidy called Chicago home for the past five years before relocating to Bermuda this past spring.

Chicago’s selection as a host for the Louis Vuitton America’s Cup World Series is due in large part to Don Wilson, a passionate sailor, longtime Chicagoan and CEO of DRW, a Chicago-based principal trading firm. He founded the Chicago Match Race Center (CMRC) in 2009 with the goal to bring world-class match racing to the shores of Lake Michigan. CMRC is the host management company for the event.

“Today’s announcement is just the beginning. Thanks to our partners, including Navy Pier, the Chicago Sports Commission and CME Group, we are building the foundation for stadium sailing and the America’s Cup in Chicago.”

Additional information including details on tickets and hospitality opportunities will be released in the coming weeks.

CME Group is the world’s leading and most diverse derivatives marketplace, handling 3 billion contracts worth approximately $1 quadrillion annually (on average). The company provides a marketplace for buyers and sellers, bringing together individuals, companies and institutions that need to manage risk or that want to profit by accepting risk.

About the America’s Cup

The America’s Cup is the oldest trophy in international sport, dating back to 1851, when the yacht America, after which the trophy is named, beat the best of the British fleet in a race around the Isle of Wight, U.K. The trophy won on that day was donated in trust through a Deed of Gift and has since become a symbol of immense achievement. It is perhaps the hardest trophy in sport to win. In it’s 165-year history, only four countries have managed to win the America’s Cup.

On December 2, 2014, Bermuda was named as the home of the 35th America’s Cup, with the iconic Great Sound as the race course area where the new America’s Cup Class boats (15-meter, foiling, wing-sailed catamarans) from each competing nation will race for the America’s Cup in May/June 2017.