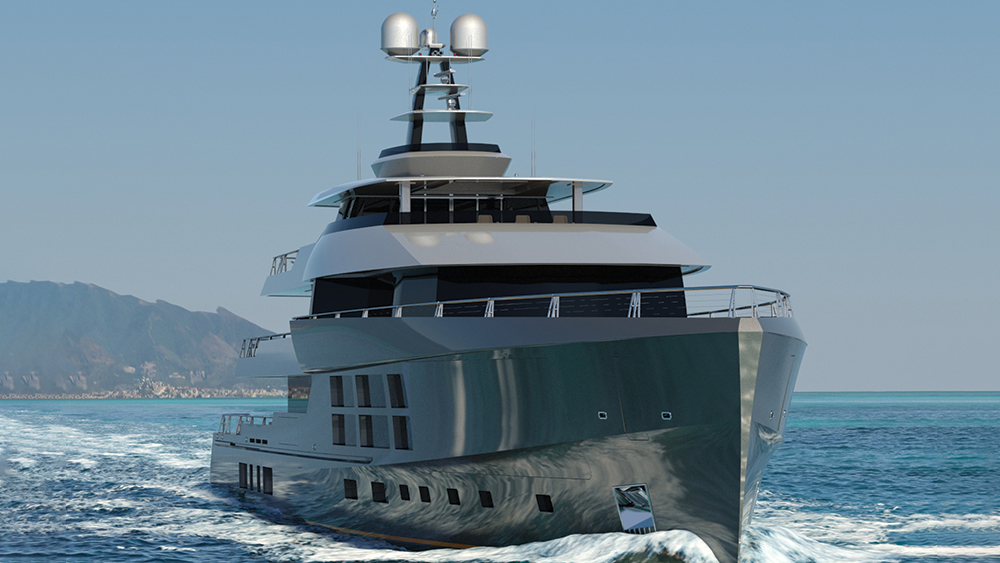 If you’re looking for something more rarefied from digital assets than non-fungible art and metaverse-exclusive sneakers, try this: Start-up Cloud Yachts has partnered with esteemed designer Gregory C. Marshall to create a $95 million NFT—paid in crypto, naturally—of the design for a 206-foot custom superyacht, to be built in real life by Delta Marine in Seattle.

It’s a first for the yachting world—and, for that matter, the NFT space. But it makes sense to Marshall, who founded his eponymous naval-architecture firm in 1994, especially as he’s already using holographic technology to allow owners to virtually tour a yacht design, in real scale, from anywhere.

Plans for a $12 million, 110-foot explorer yacht also designed by Marshall and sold as an NFT, currently in build at Tactical Custom Yachts in Vancouver, Canada.  Courtesy of Gregory C. Marshall

“We create roughly a million digital pieces for a typical superyacht project, but [those] often end up scattered across many computers,” he says. “This NFT is a digital twin of the real vessel—an archival tool where you can keep all the data in one place.”

The NFT will go beyond the design to include all technical data on the systems and structures, and because it’s located on the Ethereum blockchain, it’s virtually tamper-proof.

While nobody has yet snapped up the $95 million yacht, the team is also working on a Marshall-designed 110-foot explorer NFT, built by Tactical Custom Boats for a Texas client. Priced at $12 million, the IRL version should be completed in three years.

Such an unconventional process requires a learning curve. “We all recognize mistakes will be made,” Marshall says—and in fact, the first installment for the 110-footer was sent to the wrong account. But the designer believes that NFTs will become a common practice, at least judging from the interest that came after first announcing the $95 million NFT project in February. “We were astonished by the response,” he says. “People were coming out of the woodwork.”