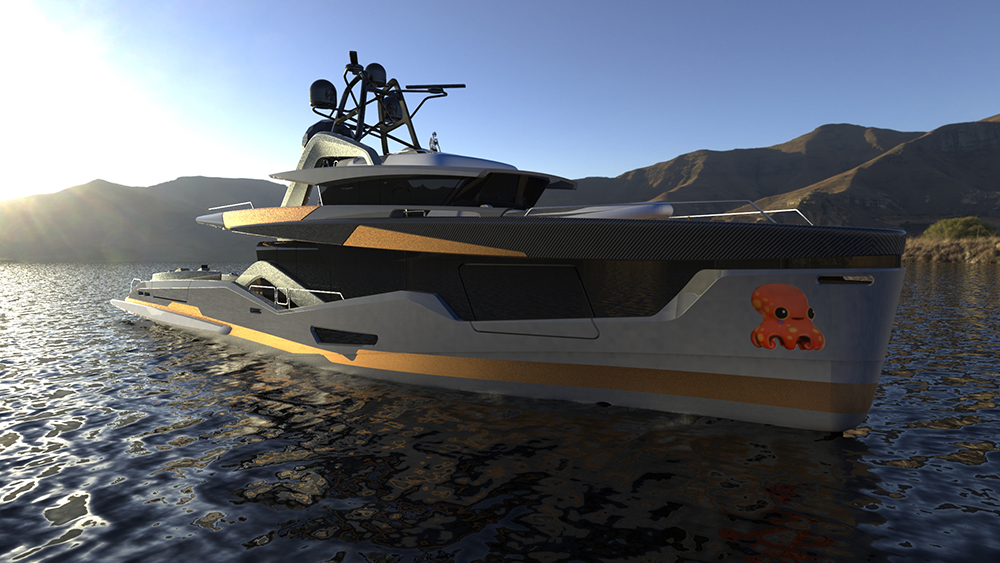 KISS (keep it simple, stupid) is a design principle popularized by the US Navy that argues most things work best if they are kept clean and unambiguous. Coquine Design’s latest yacht concept is a prime example.

The UK studio has just unveiled a new pocket explorer that is focused on straightforward functionality rather than form. That’s not to say the vessel is by any means boring, though. As Coquine’s creative director Christian Leyk puts it, it’s a “head turner” but not an “attention seeker.”

The 160-footer is named Coba after the adventurous little octopus featured in the kid’s film Octonauts and the Caves of Sac Actun. Leyk’s 6-year-old is a very big fan.

Coba is named after the octopus from “Octonauts.”  Coquine Design

“The idea started spinning in my head to create a true family explorer yacht,” Leyk told Robb Report. “For that reason, the yacht is sufficiently simple and reliable.”

With a shallow draft and high maneuverability, the superyacht is well suited to global expeditions and offers enough room for the whole family. The simplicity of the onboard operations means the vessel would only require a small crew, too.

Coba sits below the 500 GT mark, yet her generous interior can sleep up to five seafarers. The living quarters are understated, but there is a giant observation deck where you can take in the ocean views. Another highlight is the sprawling owner’s suite, which sports fold-out balconies that provide a little extra private space when needed.

Like any good explorer, Coba can accommodate a full arsenal of water toys. It can carry a Triton 1650/3 submarine, a 30-foot tender and a crew tender. There is also space for a couple of Jet-Skis or a car. Under the aft deck, meanwhile, there is a multipurpose crane that can help with launch and recovery.

As for power, Coba could be equipped with an array of different propulsion systems depending on the owner’s preferences. Given her go-anywhere nature, hybrid or electric would be the smart, eco-friendly choice. Leyk says hydrogen is also a possibility. The hull could also be fitted with extra plating to put the vessel in the ice class.

Although Coba is just a concept at this stage, Leyk assures that the prospective clients could get the project started in no time.