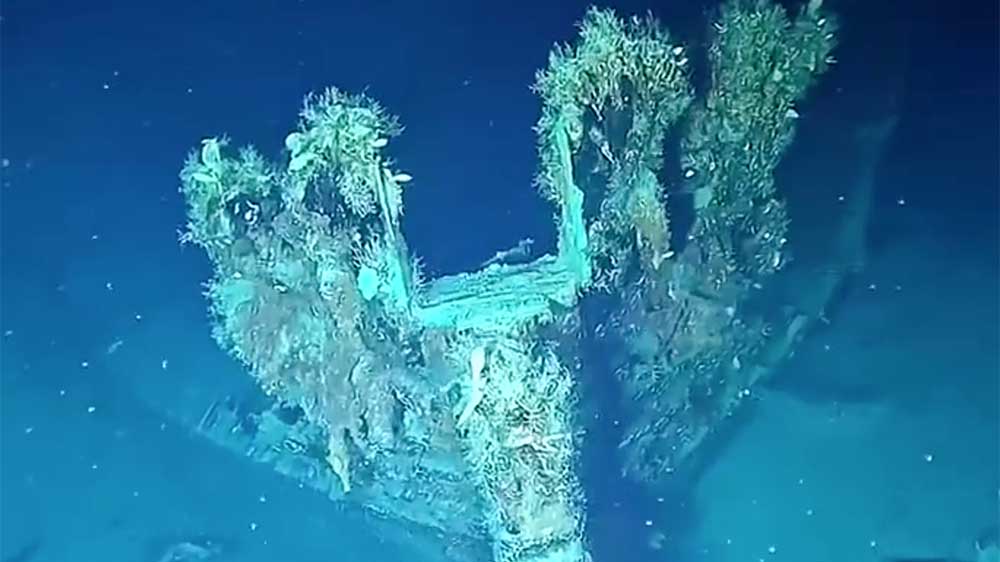 We now have a better idea of what the “holy grail of shipwrecks” actually looks like.

The Colombian Navy has released new footage of the San José, a Spanish galleon that sank just north of the country more than 300 years ago. The footage, which was shot using an underwater vehicle, also revealed the existence of two other historical wrecks in the water nearby.

The new discovery was confirmed by Colombian President Iván Duque during a televised address on Monday, according to Reuters. The footage was shot by a remotely operated vehicle that was sent more than 3,000 feet down into the water just north of the country’s Caribbean coast. The 64-gun San José sank near the port of Cartagena in 1708, during a battle with the British Navy.

The footage and images sent back by the vehicle offer the best look yet and the San José’s cargo. They depict gold ingots and coins, Spanish cannons dating back to 1655 and an intact Chinese dinner service set. Historians believe that the ship may have carried one of the most valuable treasure troves ever lost at sea, according to The Washington Post. There’s belief that its cargo could be worth as much as $17 billion in today’s money.

The other shipwrecks—a colonial boat and a schooner—are thought to date back to Colombia’s war of independence from Spain, which took place more than 200 years ago. It’s unclear what, if any, riches either of those vessels may hold.

“The equipment that our army has acquired and the level of precision have kept this treasure intact, but at the same time, we will be able to protect it for later extraction,” Duque told the nation.

The San José has been an object of fascination for treasure hunters for centuries now, and is even featured in Gabriel García Márquez’s novel Love in the Time of Cholera. Although it was finally discovered in 2015, there are questions surrounding who is entitled to its treasure, according to CBS News. Spain has claimed ownership, because the ship belonged to King Philip V when it was sank, as do the Qhara Qhara, an indigenous group from Bolivia whose ancestor mined some of the riches that it was carrying. Colombia, meanwhile, considers the shipwreck a “national treasure” and wants to eventually display it in a museum that will be built in Cartagena.