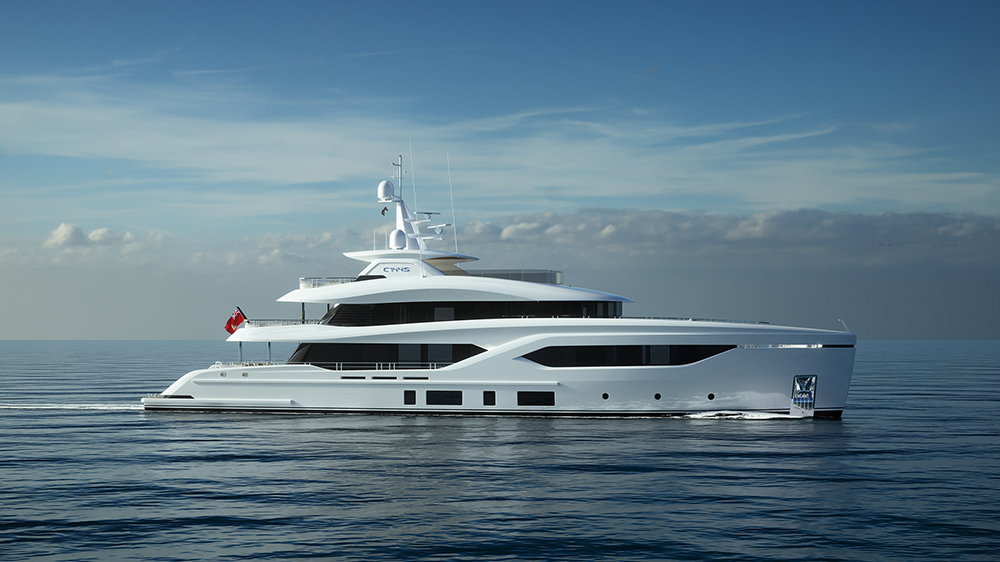 Looks like Poland will soon have a new king (or król) of the high seas.

Conrad Yachts has just announced that its highly anticipated superyacht Ace is set to launch in just two months’ time. The 145-footer will become the largest yacht ever built in Poland and take the crown as the country’s flagship. That title previously belonged to Conrad’s 133-foot superyacht Viatoris.

Commissioned by a Swiss owner, Ace is the first unit from the yard’s C144S line. A product of fruitful collaboration, the yacht was brought to life by an all-star cast of designers and naval architects hailing from all corners of the globe. Her sleek exterior is the handiwork of British studio Reymond Langton Design, while her naval architecture was executed by Dutch outfit Diana Yacht Design. Milanese firm M2 Atelier penned the interiors and Conrad’s in-house team is handling construction, of course. Ace’s 133-foot predecessor was also penned by Reymond Langton, which is considered one of the hottest studios in superyacht design.

The impending king sports a straight bow–that explains the “S” in the model name–along with a steel hull and aluminum superstructure. Onboard, there is one owner’s suite, four VIP cabins, four crew cabins and a captain’s cabin. That means she can sleep up to 10 guests and nine crew.

The superyacht will have a top speed of 13 knots.  Conrad Yachts

As for grunt, Ace will be equipped with twin CAT engines that give her an estimated top speed of 13 knots. When cruising at a more leisurely 10 knots, the yacht will be able to cover around 4,000 nautical miles.

Ace is set to launch in October.  Conrad Yachts

Conrad began working on Ace at the Gdansk yard in the summer of 2020 and is expected to launch the vessel in early October. There is also a second hull from the C144S series under construction and a third hull listed for sale with Denison. Perhaps this particular król might just have to share the crown.