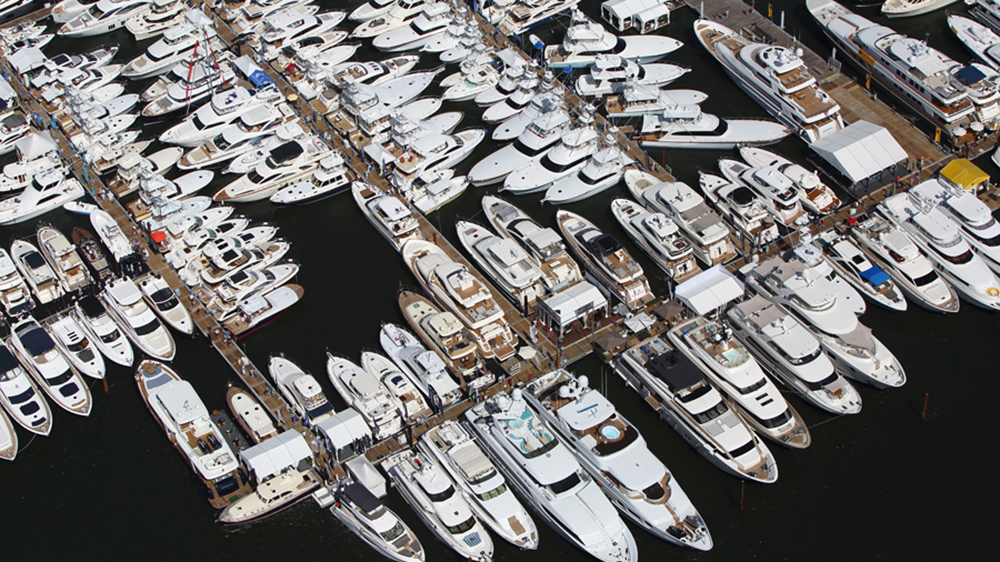 The Palm Beach International Boat Show (PIBS) and two superyacht events scheduled to run during the show have been postponed or canceled. PIBS and a new event called Superyacht Show Palm Beach, both organized by Informa Global Exhibitions, have been postponed to a future undisclosed date. PIBS, scheduled to run from March 26 to 29, would have more than $1.2 billion worth of yachts and accessories.

Andrew Doole, president of Informa’s US Boat Shows, told Robb Report that the company would be meeting with exhibitors and local government officials tomorrow to determine a new date for the event.

“The governor of Florida made an announcement yesterday that he wanted to limit public gatherings to under 1,000 people,” said Doole. “The mayor of Palm Beach also asked us to postpone. He did this reluctantly because he’s a fan of the event.”

The 240-foot Hasna was one of the yachts that was part of the inaugural Superyacht Experience Palm Beach.  Forest Johnson

A competing event, the Superyacht Experience Palm Beach, was canceled. It was scheduled to be held March 26 to 29 at the Rybovich Marina in West Palm Beach. A spokesperson told Robb Report that the superyachts in the event planned to leave for the Mediterranean shortly after the show. Many are booked for the summer charter season.

“We regrettably have no option but to cancel the inaugural edition of the Superyacht Experience,” said Raphael Sauleau, president of the Leading Yacht Brokers Association (LYBRA), in a statement. “We had an incredible lineup of superyachts confirmed for the show, overwhelming industry support and strong interest from buyers, but health and safety is, of course, the top priority.”

Theo Hooning, secretary general of the Superyacht Builders Association (SYBAss), added that travel restrictions impacting Italian citizens, as well as curtailed flights from Europe, also played a role in the decision. “That means that many of our members are now unable to travel to the US,” he said in the statement.

The organizers said that a new event for 2021 is already being planned.

Carlos Vidueira, president of Rybovich, said that his company will now “facilitate private viewings” of the yachts to “minimize the inconvenience” of potential buyers who planned to attend the event.