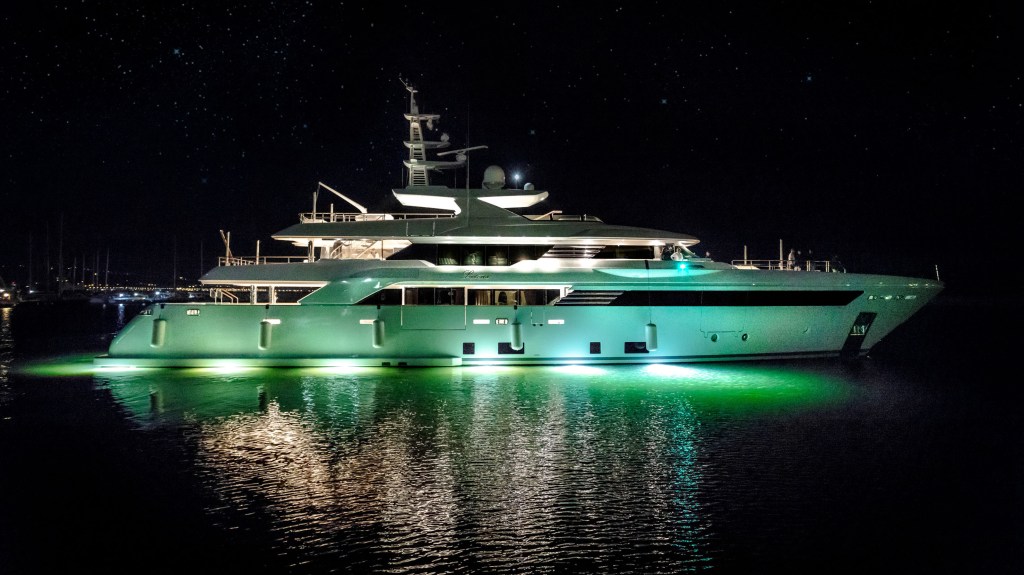 Latona, built by CRN under the code name Project Superconero, is being delivered to its owner in the Mediterranean following several months of testing. The 164-footer was launched at the CRN yard in February, and it will make its world premiere at the Monaco Yacht Show.

Zuccon International Project and CRN’s engineers worked closely with the owner’s team in creating a project that carries glimmers of CRN’s past, adopting the name of CRN’s vaunted 75-foot SuperConero series of the 1960s and ’70s. That yacht, fairly small now, was an important project at the time because it was built in steel. The SuperConero design also had an iconic shape featuring an unusually long transom deck and sharp forefoot.

Latona is a contemporary design, but has retained SuperConero cues like a sharp entry and extended transom deck, though modern features include a large social area on the foredeck, a terrace that folds out from the saloon, and large beach club that joins the tender garage. The Ferretti Group pioneered the engineering around this flooding tender garage, which allows the tender to float away instead of having to be hoisted into the water, with the garage and beach club creating a large waterside lounge. The cockpit, located on the deck above, also has a separate swimming pool and large area for socializing.

CRN is not releasing too many details about Latona, including number of staterooms and guest capacity, but earlier images of the yacht’s “Liberty” interior revealed soft lines on the walls as well as curved furniture and other custom decor. The designers also made full use of its 28-foot beam, both in the master suite and saloon.  Renderings of the saloon resemble a midcentury-modern rendition of Mad Men, with its stylized look, and full-height windows for exceptional views of the water. The yacht should be a big draw at September’s Monaco Yacht Show. 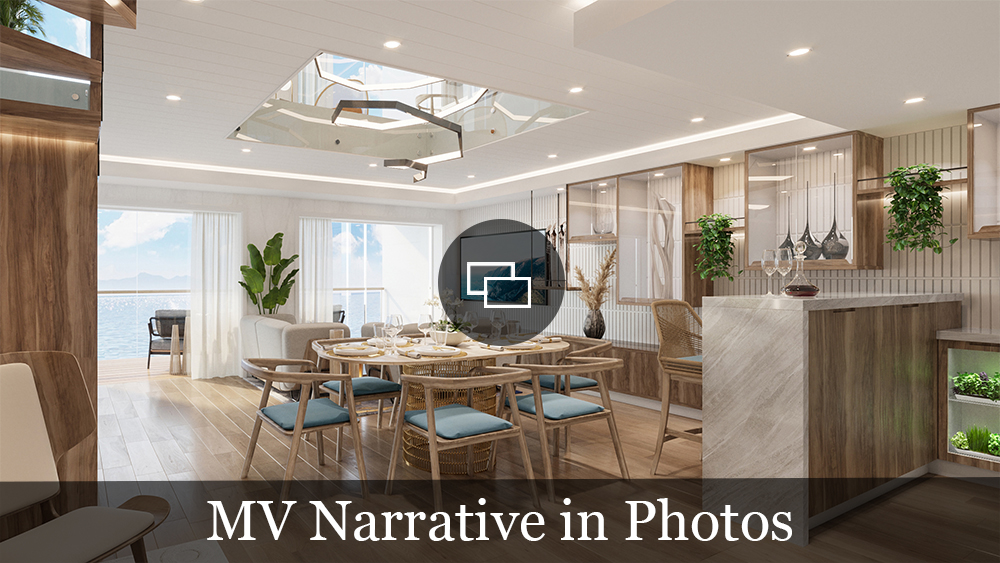