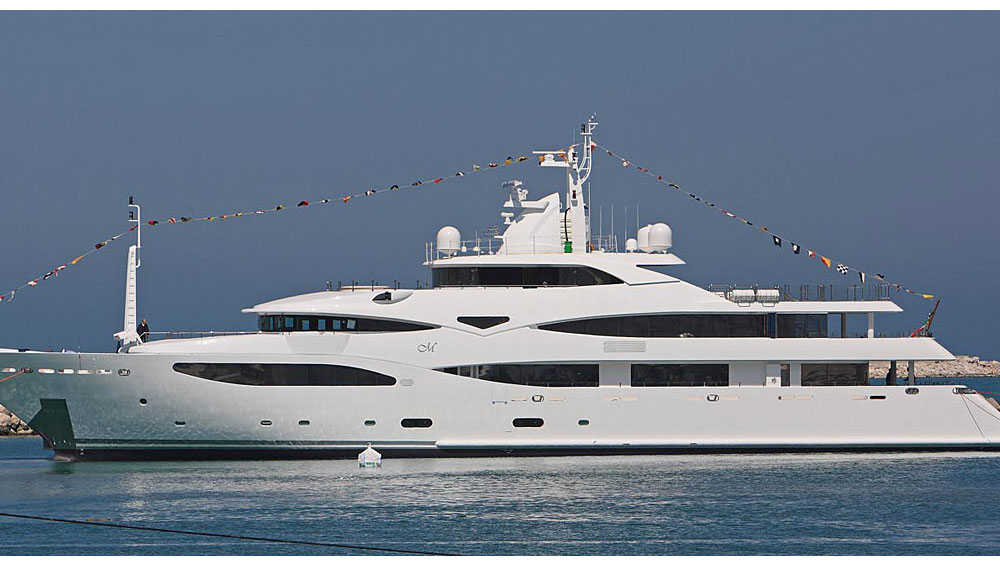 Ancona, Italy-based CRN launched its fifth CRN 128 for a very private owner—so private that we are not allowed to mention the yacht’s name here. With exterior styling designed in conjunction with Zuccon International Project and interior design by Laura Sessa Romboli, Hull No. 128, which launched in April, features an aft beach club and a fold-down terrace off the owner’s stateroom. Built in steel and aluminum, the 197-foot Hull No. 128 shares the same profile as CRN’s 2009-launched Blue Eyes, sporting a slender racy bow and a large volume. An elongated stern, custom on this hull, gives it a wide viewing hall, further emphasizing its ample interior space. The yacht houses accommodations for 12 guests in six staterooms, plus 14 crew, who benefit from two separate crew messes—one for women and the other for men. It is powered along by two 1,575-horsepower Caterpillar 3512B engines that provide a top speed of 15 knots and a cruise speed of 14. Hull No. 128 offers up a range of 3,000 nautical miles at its 14-knot cruise speed. (+39.071.5011.111, www.crn-yacht.com) 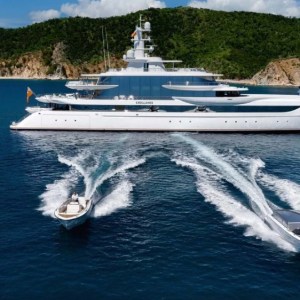