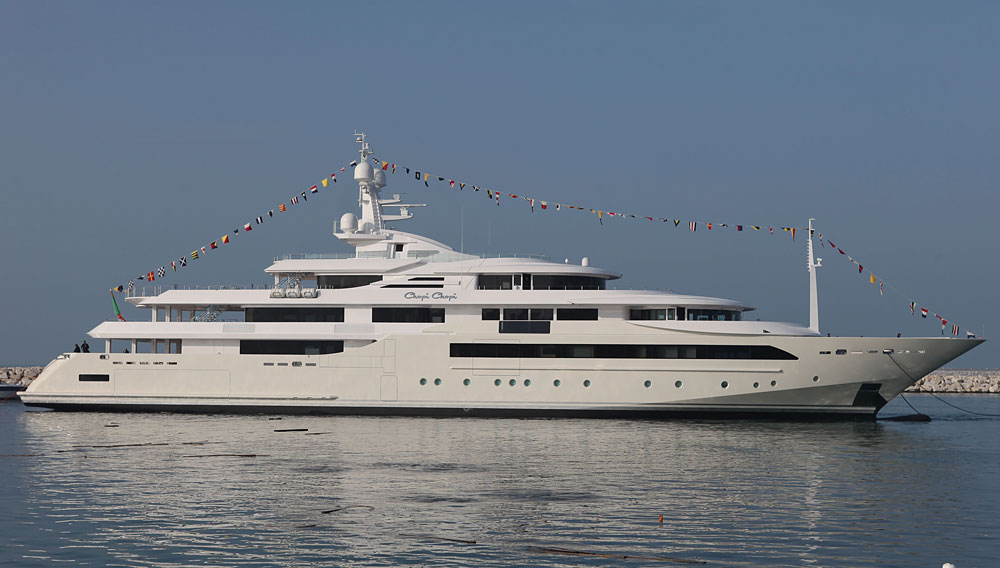 When CRN launched the 262-foot Chopi Chopi earlier this year, 3,000 people watched, including residents of Ancona, Italy; international media; CRN staff; local government officials; and even the Chinese ambassador to Italy. (CRN’s parent company, the Ferretti Group, is majority owned by a Chinese firm.) Such pomp is largely due to the fact that Chopi Chopi is CRN’s largest megayacht to date. The yacht rises six decks high and has a beam of more than 44 feet. The vessel’s construction required an average of 80 people working every day for more than two years, putting in a total of about 660,000 hours. In addition to a belowdecks massage room and sauna, Chopi Chopi’s interior includes five guest staterooms on the main deck and an owners’ suite occupying the entire upper deck. This grand master cabin is equipped with a private lounge and separate TV room, and is accessible directly from the yacht’s helipad. (www.crn-yacht.com)

Demand for Private Submersibles Is Soaring. Here’s What It’s Like to Take One on an Underwater Dive.

Boat of the Week: Inside the 7-Year Quest to Build ‘Dream Symphony,’ the World’s Largest Sailboat