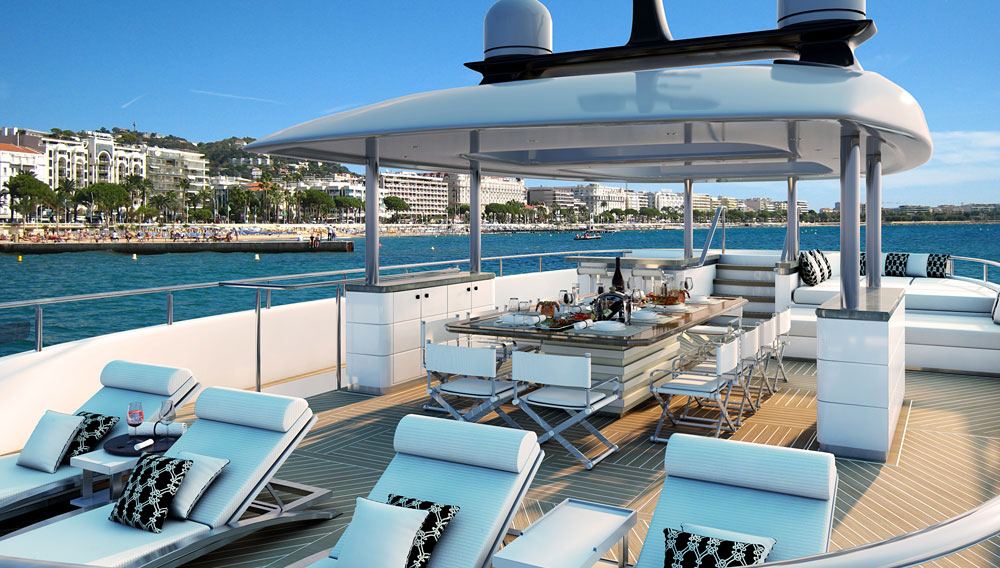 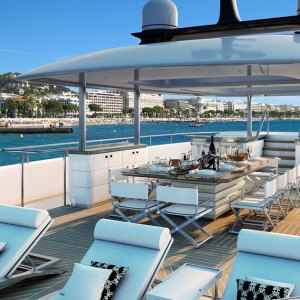 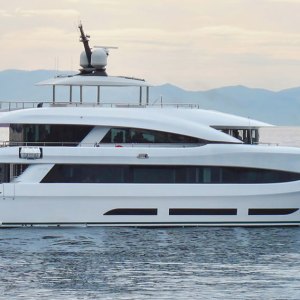 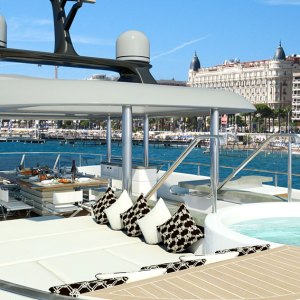 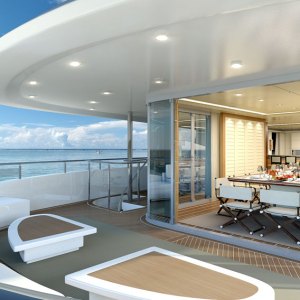 With the launch of its latest catamaran, the Turkish brand Curvelle, in conjunction with the Curvelle-Logos shipyard, proves that two legs are better than one. Thanks to its wide beam and two-hull structure, the 110-foot Curvelle Quaranta boasts greater stability, more space, and better comfort than most comparable monohull motoryachts—whether traveling at 5 or 25 knots.

Quaranta, which will make its official debut in Monaco in June, is made of a lightweight carbon composite that, in combination with the vessel’s dual-hull configuration, allows for roughly 30 percent less fuel consumption at its cruising speed of 18 knots compared to its monohull competitors. At 9 knots, Quaranta is ideal for extended transatlantic travel.

The yacht’s design allows for a flexible layout so that owners can make the most of their space. The six cabins—each with expansive 9-foot-by-3-foot windows—can be converted into three larger suites, equivalent in size to the owner’s stateroom, or into more than 20 other configurations. Additionally, the sleeping quarters are situated on a deck above the engine rooms to foster a quieter sleeping environment.

Though Quaranta will remain based in Turkey, in June it will move to the South of France for the summer, before the boat shows this fall. Charter is available at about $190,000 per week, and individual ownership at just shy of $14 million. Additionally, Curvelle offers fractional ownership of the yacht for up to seven owners for about $2 million each.  (+44.20.7917.2976, www.curvelle.com)