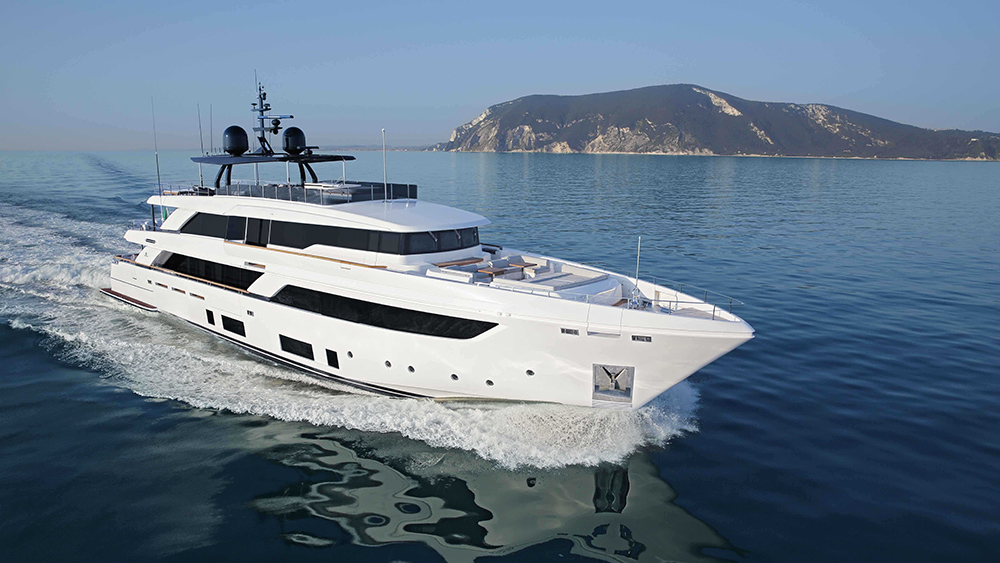 Back in the day—as recently as just five years ago—the navetta-style boat was the closest thing the Italians made to an American trawler, with a seaworthy displacement hull, a no-frills interior, and not much in the way of exterior social space. It was the type of vessel on which roughing it was considered a virtue and modern conveniences like, say, a Jacuzzi were for wimps.

Over the last three years, the designers of Ferretti’s Custom Line broke the navetta concept into small pieces and redesigned it for the modern superyacht world. The company’s reinterpretation means the navetta is no longer Italy’s equivalent of a slow boat to China but a handsome, comfortable design that is attracting owners of other types of motor yachts. Custom Line has quickly become the best-selling brand in the Ferretti Group.

Its new Navetta 42, launched last week at the Cannes Yachting Festival, follows the debut of the Custom Line Navetta 33 last year. Both yachts have transformed the idea of “navetta” from being the kind of plain-Jane vessel that only your grandmother might love into one that is stylish, roomy, relatively fast, and still efficient.

The 138-foot yacht is the largest semi-displacement hull that Custom Line has built, with a top-end speed of 22 knots and a transatlantic range of 3,000 nautical miles at its friendly cruise speed.

But that’s just the start. The 42 has a huge social island on the exterior foredeck with a settee, table, and four-person sunbed. On the flybridge is a small Jacuzzi forward, loungers, and a helm station under the hardtop and an open area at the stern with space for loose furniture—perfect for savoring the view. The cockpit just below has a similar layout, with an outside dining table for eight. The lower area of the stern features a tender garage with a new launch-and-retrieval system and transom space for a beach club.

The interior is also ultramodern. The main deck has a long saloon that includes sofas at the rear and a formal dining area forward, plus a full-beam master suite with a patio on one side and a desk along the other bulkhead. On the lower deck, four double guest suites, all with large windows, are equal in size and positioned for maximum room to move around the double bed. An owner can also opt for a five-stateroom layout.