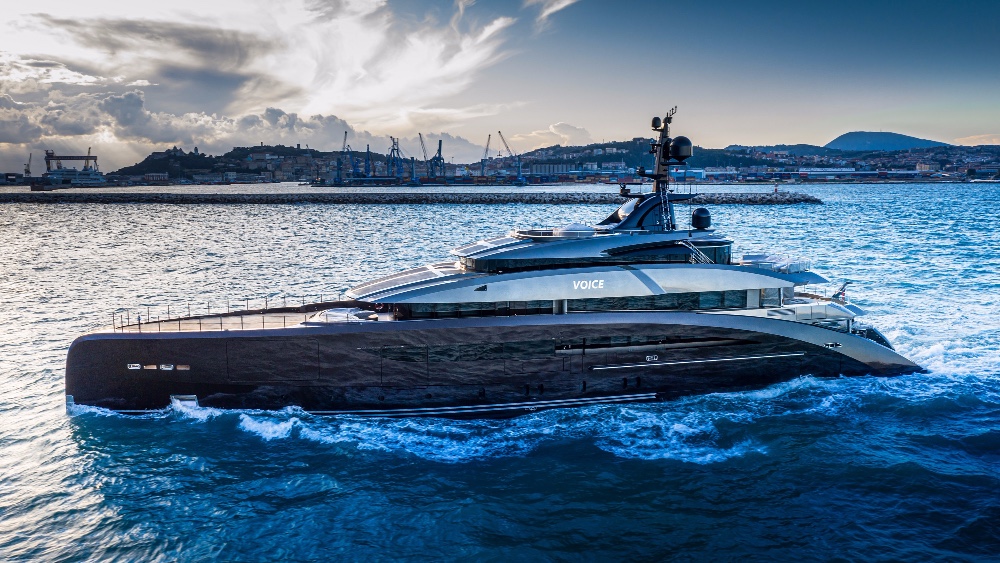 Italian superyacht builder CRN has had a strong month, recently announcing the sale of a custom 170-ft. yacht and the delivery of another 203-footer to its owner. The company said on Friday that it had delivered M/Y 137, called Voice, to the owner and the happy family is now using it for a maiden Mediterranean cruise. The yacht was designed by Nuvolari Lenard, who did both the concept for the interior and exterior.

M/Y 137 has five decks, with a master suite and five VIP staterooms, with the upper deck reserved for the owner. That means more than a bedroom, but also a separate lounge forward for privacy or entertaining friends. The yacht is also the first from the Italian shipyard to be IMO Tier III compliant, which means that nitrogen emissions have been cut by 70 percent.

CRN said in a separate statement that it will be building a custom 170-ft. all-aluminum yacht. Netherlands-based Omega Architects created the exterior concept, while Massair Design did the proposals for the interiors. CRN said both the interior and exterior were designed to mirror the client’s personality.

A sense of openness and space, but in a compact-looking profile, is becoming standard for next-gen yacht designs like this new 170-ft. CRN design that just found a new owner.  CRN

Design-wise, the yacht does look towards the future, with a low profile and vertical bow, and large windows along gunwales. There are also large exterior social areas on both the forward end and back in the cockpit, with a swimming pool and large swim platform. The upper and top decks also have open areas, though the upper deck has a lounge that allows for socializing and dining in air conditioning.

CRN said this new yacht will be its third successful collaboration with Netherlands-based Omega Architects. The other yachts were the 240-ft. Yalla and 203-ft. CRN M/Y 138, currently under construction.