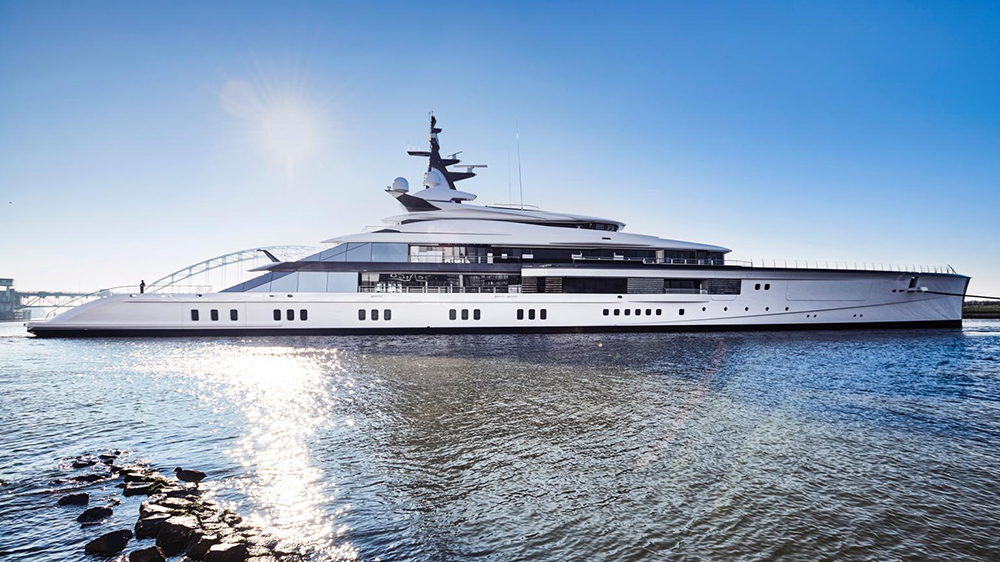 It remains to be seen whether the Dallas Cowboys will win the Super Bowl this year, but owner Jerry Jones has already scored big. The billionaire businessman has laid down a whopping $250 million on Oceanco’s Project Bravo superyacht. The 357-foot (119 yards) vessel is longer than a football field. It has not one, but two helipads, a garage to store smaller boats, along with Jet Skis, a gym, and a full spa with a massage room and sauna.

Jones purchased Project Bravo in December, according to CBS Dallas. And aside from the over-the-top amenities, his new toy is also environmentally friendly—as far as yachts can be such a thing. The boat came to market in November of last year and is the first yacht by Oceanco to have what’s referred to as a “LIFE” (Lengthened, Innovative, Fuel-Efficient, and Eco-Friendly) design.

Pascale Reymond of the UK-based Reymond Langton Design, which was tasked with designing Project Bravo’s interior, said her team worked with artists and craftsmen on the yacht’s fabrics, furniture, and bespoke art. There’s no word on what the bespoke art might include, but Jones is a known art collector with tastes that run from modern masters like Picasso and Ellsworth Kelly to current art stars like Jenny Holzer, Eva Rothschild, and Anish Kapoor. Jones and his wife, Gene, even have a contemporary art collection housed in the Dallas Cowboys AT&T stadium. (Everything really is bigger in Texas.)

Before he was the NFL’s most recognizable owner, Jones built his fortune as an oil wildcatter and on investments in oil drilling, retail, and residential real-estate projects in Dallas. The Texas tycoon is worth $6.8 billion as of today, according to Forbes. The Cowboys, valued at $5 billion, is currently his most valuable asset. He bought the team for $150 million in 1989. It has won three Super Bowls since then.