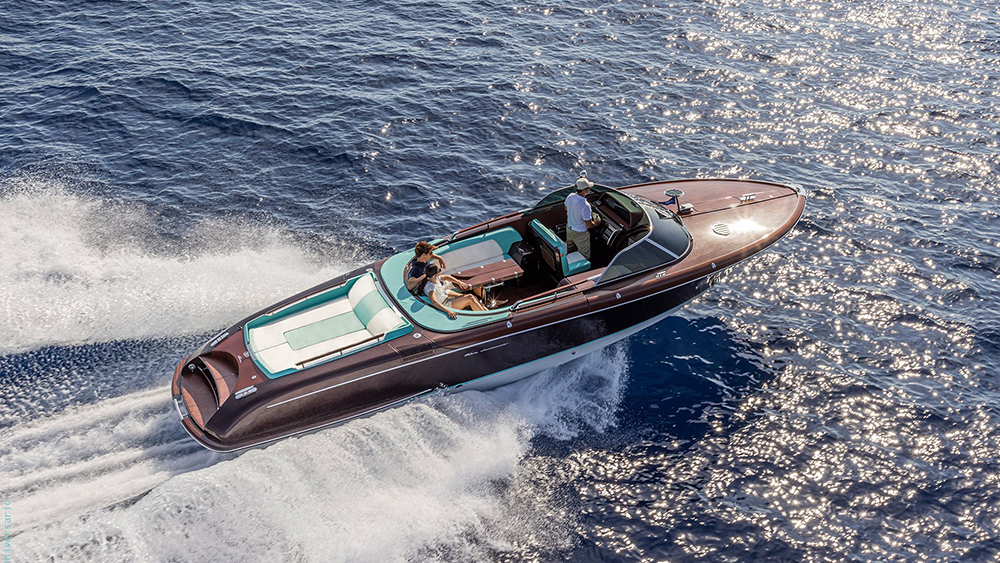 Ferretti Group is jumping aboard David Beckham’s good cause.

The Italian shipyard recently announced it will auction off a coveted Riva Anniversario in support of Beckham’s UNICEF 7 Fund. The legendary soccer player, who has been a Goodwill Ambassador for UNICEF for nearly two decades, established this fund to help children around the world by providing health care, education and protection. The runabout on offer should raise a hefty chunk of change for the charity, too.

The Riva Anniversario was created in honor of Riva’s 180th anniversary. For the unversed, the storied yard opened in 1842 on Lake Iseo in Sarnico, before it was later acquired by Ferretti in 2000. The limited edition is also a tribute to Riva’s Aquarama, which debuted 60 years ago and remains the world’s most iconic powerboat to this day. It also takes cues from Riva’s Aquariva which was introduced in 2000 and reflects the classic yachts of the 1950s and ‘60s.

Like its two timeless predecessors, the Anniversario offers elegance in spades. The sleek mahogany hull is juxtaposed with gleaming steel accents, while the interior features a mix of aquamarine and white leather upholstery. Under the sun pad, two engines produce 740 hp for a brisk top speed of 40.5 knots, a cruising speed of 36 knots and a range 155 nautical miles. Only 18 examples of the Anniversario will be made, and one is reserved for the upcoming auction.

All proceeds will go toward helping vulnerable children in El Salvador. The 7 Fund is currently working in the six most violent areas in the country to prevent and respond to acts of violence against young people.

“I am so pleased to see how we are helping children in El Salvador,” Beckham said in a statement. “The projects we support there protect the many children who live in the shadow of violence. Thank you to the Ferretti Group for supporting this cause, which is so close to my heart.”

The silent auction will be open for the next four months and will wrap up in Miami on February 16, 2023. While Ferretti didn’t say how much the Anniversario is expected to go for, Aquarama’s have been known to change hands for as much as $1.15 million.