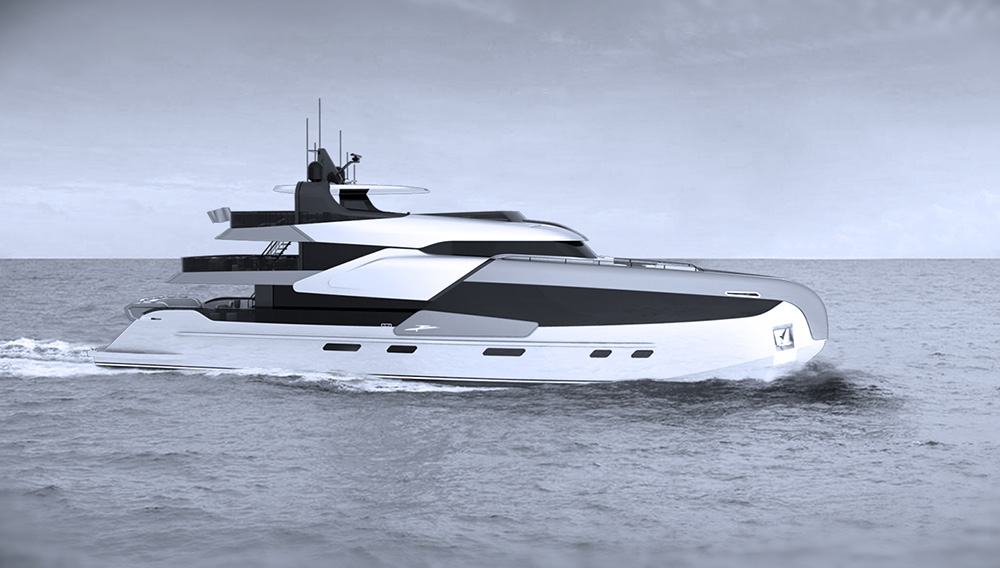 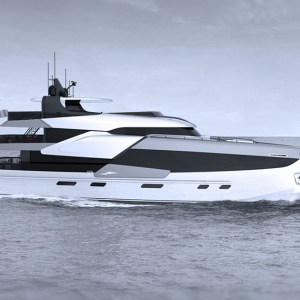 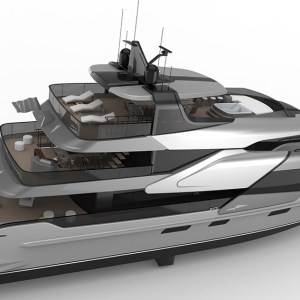 Dawn Yacht Design (DND) has been designing yachts with an international flair in China since 2004. Its French and Italian designers fuse modern design with influences from various Asian countries. The new DND 40 concept is a trendy 130-foot superyacht with a long, aggressive forefoot that runs forward to a plumb bow, with a superstructure that looks more like that of an express coupe than one of a traditional trideck motor yacht.

Frédéric Bonnet, DND’s chief designer, took inspiration from the aircraft world to bring a futuristic yet classical sensibility to the design. Bonnet says he was aiming for a retro-modern look for the DND concept, which was launched at the China International Boat Show in April.

Cognizant that most of DND’s client base are in China, Bonnet and his design team included now-standard features like a Mahjong table and plenty of shaded areas (because many of their clients shun direct contact with the sunlight). Bonnet says the yacht incorporates all aspects of what he calls “the Chinese custom lifestyle.” But the DND would also be at home in the Bahamas or the Mediterranean for clients who love being in the outdoors.

Its flybridge includes a 12-seat alfresco dining table, a cocktail bar, and a hot tub, while on the deck below is another social area, this one an indoor-outdoor lounge, with a bar, sofas, dining table, and an outdoor barbecue. The skylounge on this deck includes floor-to-ceiling windows for guests who prefer to cruise on the inside.

The floor-to-ceiling windows also continue on the main deck, which includes a full-beam master suite that can be converted into a large office for corporate clients. The lower deck has three staterooms: two king-size-bed cabins, and a double cabin. The forepeak of the boat houses the crew away from the guests, while the aft section of the yacht features a tender garage.

The DND 40 will have twin 2,800 hp engines, which will deliver a top speed of 22 knots and cruising speed of 12 knots, as well as a transoceanic range of 3,000 nautical miles. DND estimates that it would cost approximately $20 million to build the design. (dndesign.cn)