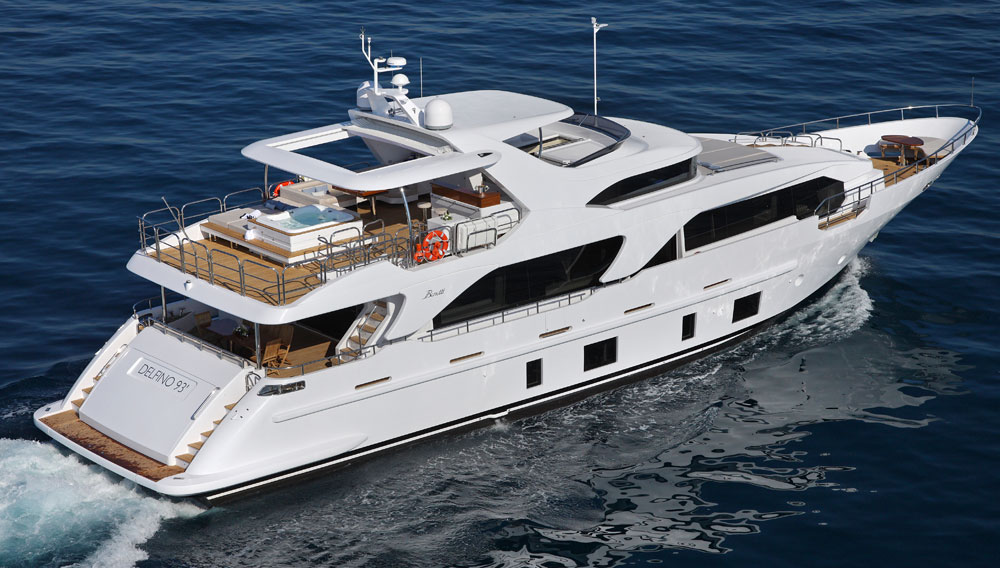 Benetti has decided to modernize its entire Class series, but instead of simply updating certain elements, it intends to introduce five new models over the next three years. In summer 2010, it will launch the Delfino 93. This yacht has a slightly updated exterior?modern enough to know it’s 2010 but still in the classic Benetti style. The interior is a beautiful but formal, recognizing the traditional Benetti owner, but designer Stefano Righini made certain to fill the yacht with natural light, so owners would relish the oceanfront view. Benetti also decided that the Class series should be for families, which meant a fuel-sipping displacement hull, and plenty of open space, both inside and out, for meals and other social occasions. The Delfino should definitely spring to the head of its class of motoryachts.