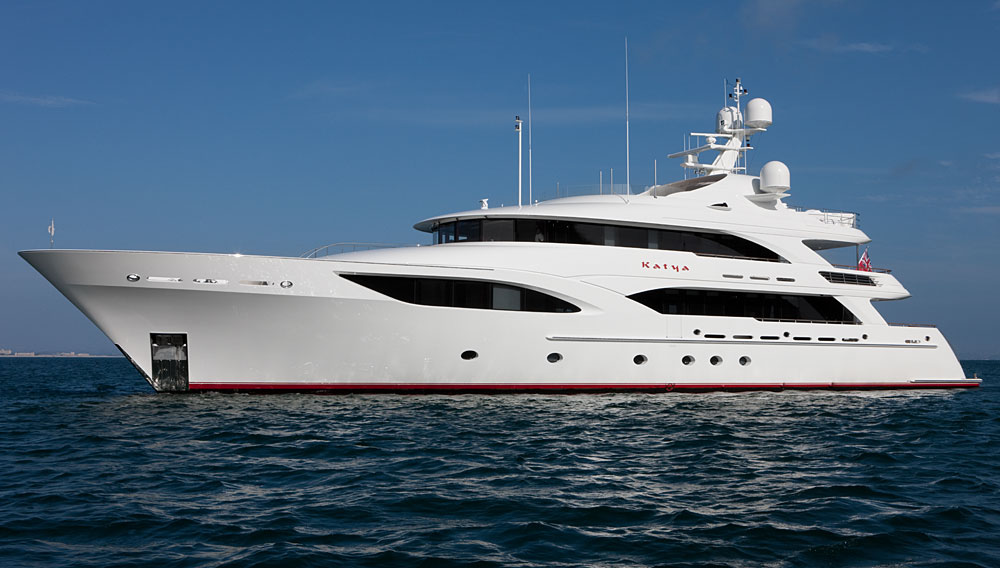 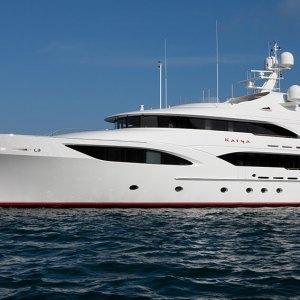 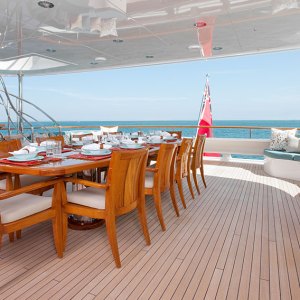 Delta is one of a few U.S. yacht builders that ranks with the most respected shipyards in Europe. Over the last two decades, the Seattle yard has built a succession of oceangoing vessels that have laid a solid foundation for its reputation as a world-class custom yacht builder. Its latest launch, the 151-foot Katya, promises to extend the Delta name as the yacht makes its way through the Caribbean, up the East Coast of the U.S., and eventually over to the Mediterranean. It’s a subtly handsome yacht, rather than ostentatious, with a hull that is defined by a long, raised sheer line with a gentle slope, and graceful superstructure.

Katya has been designed to cross oceans, with a range of 5,000 nautical miles at 12 knots. The yacht is both Lloyds- and MCA-classed to ensure a rigorous performance on offshore voyages. The exterior also has multiple decks for alfresco dining, access to the water, or simply enjoying the sun. The Delta Design Group and interior designer Jean-Claude Canestrelli created a yacht that is elegant yet comfortable for the Midwestern family who took delivery last summer. Katya made its public debut at the Ft. Lauderdale International Boat Show in October.

The family and designers chose dark Khaya veneers, Cinamora burls and Crotch mahogany as featured woods. The stonework is extensive, including a stone-floor foyer and central staircase, and green, white, and the more rare pink onyx are found in the cabins. Custom artwork is plentiful across the interior. The yacht has six staterooms for 12 guests as well as quarters for its crew of ten. (206.763.2383, www.deltamarine.com)