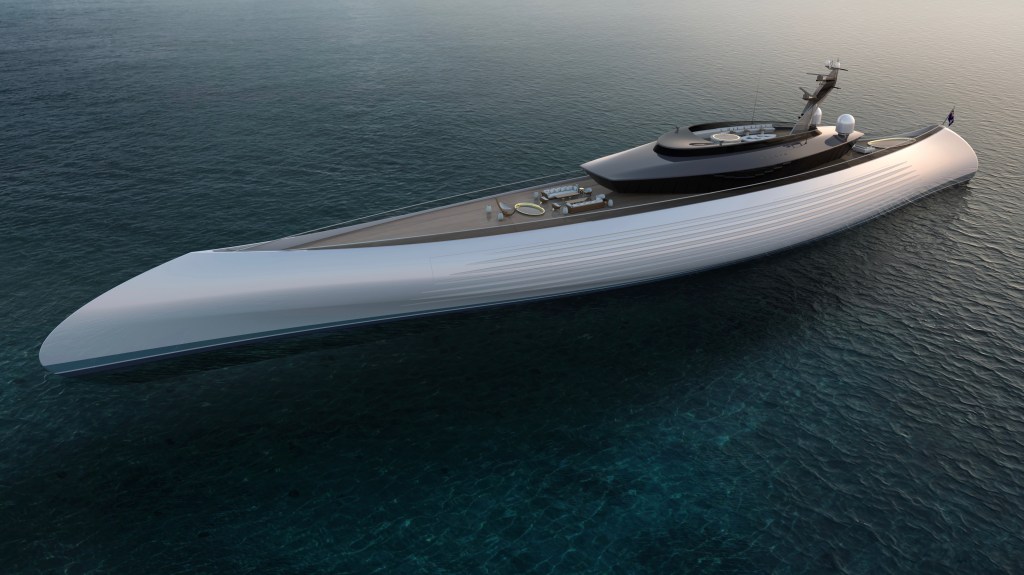 Moscow-born designer Igor Lobanov first burst on the superyacht scene as the owner’s representative for the groundbreaking motor yacht A, which was designed by Philippe Starck, with naval architecture by Martin Francis, and built and delivered by Blohm + Voss in 2008. From concept to completion, the process took four years.

Lobanov went on to establish Lobanov Design in 2007, a dynamic studio with roots in everything from transportation design to architecture. His multi-award-winning Jubilee, which  launched in 2017 from the Oceanco shipyard, remains the largest superyacht to come out of the Netherlands, a country known for its large-yacht craftsmanship.

What was the owner’s original brief for Jubilee?

I never met the owner, and he never made a comment on the exterior. The client liked our first new-build yacht, the [281-foot] Oceanco Y078, but thought it was too small. I supplied more concepts, the client picked one, and that is Jubilee. The proportions of all the decks remain unchanged since those original renderings.

Was that your simplest design job ever?

I don’t think so, because when I first designed the concept in 2010, no one believed in it. They couldn’t make sense of the layered decks. The only person who understood it was the client. I love the idea that from afar it looks like a much bigger yacht, but the nearer you get you realize its actual size. That’s what we wanted to achieve—the feeling and scale of a [525-foot] yacht in a modest one [361 feet].

Tuhura is modeled after an early dugout canoe that Polynesians once used to cross the Pacific Ocean.  Photo: Courtesy Oceanco

You describe Lobanov Design as a studio for the future—what do you mean?

It means that what we designed 10 years ago will still look futuristic in a decade. And I’m not joking. Look at concepts like Star or Tuhura. I designed Tuhura in 2012, but I’m sure that in a couple of years people will look at it as something that is realistic, something that can be built.

What projects are you currently working on?

We’re collaborating with CRN shipyard on a [246-foot] project, Begallta. Engineering has already started, but it doesn’t look like anything we’ve done before, and that was really important to us. We’re also working with other shipyards on smaller boats, and with a couple of private clients on medium-sized yachts.