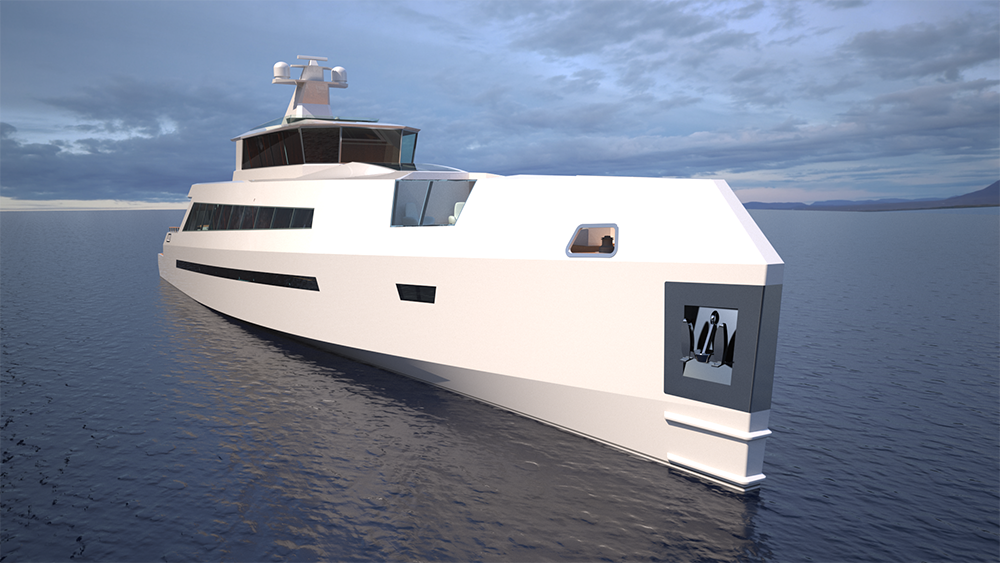 Franco Gnessi of Dynaship Yacht Design has spent the past couple of years quietly researching which hull is most efficient. The designer settled on a shape that’s been around for 70-odd years and has made it the literal centerpiece of the Italian studio’s new Diamond superyacht concept.

The 190-foot vessel, which was first as an idea back in 2018, sports a razor-sharp bow inspired by the military vessels of WWII that reportedly has a unique furrowing effect on the waves. The studio points out that Damen was the first shipyard to incorporate the axe bow on modern yachts and now holds the exclusive license for the wave-piercing design. Damen is primarily focused on ships of modest displacement, though, so Gnessi and his team decided to tackle something bigger.

The studio found that superyachts between 130 feet (40 meters) and 262 feet (80 meters) showed a marked increase in efficiency, and it’s planning to create a whole Diamond line starting with the 190-footer in question.

Officially known as the Diamond 58, the superyacht is imagined with a hybrid diesel-electric propulsion system that promises a cruising speed of around 28 knots. It can also sail sans emissions at 10 knots for about four hours, according to the company.

It’s not all about performance, of course. The Diamond 58 looks good, too, with bold, contemporary lines and an inordinate amount of deck space. As you might expect, it comes with a laundry list of amenities to ensure you’re plenty entertained at sea. There is a Jacuzzi in the bow for soaking, a helipad on the upper deck to facilitate comings and goings, as well as a large tender garage that can accommodate a full fleet of water toys.

Elsewhere, the main deck is equipped with fold-down side terraces aft that increase the size of the already generous beach club when desired. From here, you can enjoy another pool or head to the hydraulic swim platform that pops out from the transom for an ocean dip.