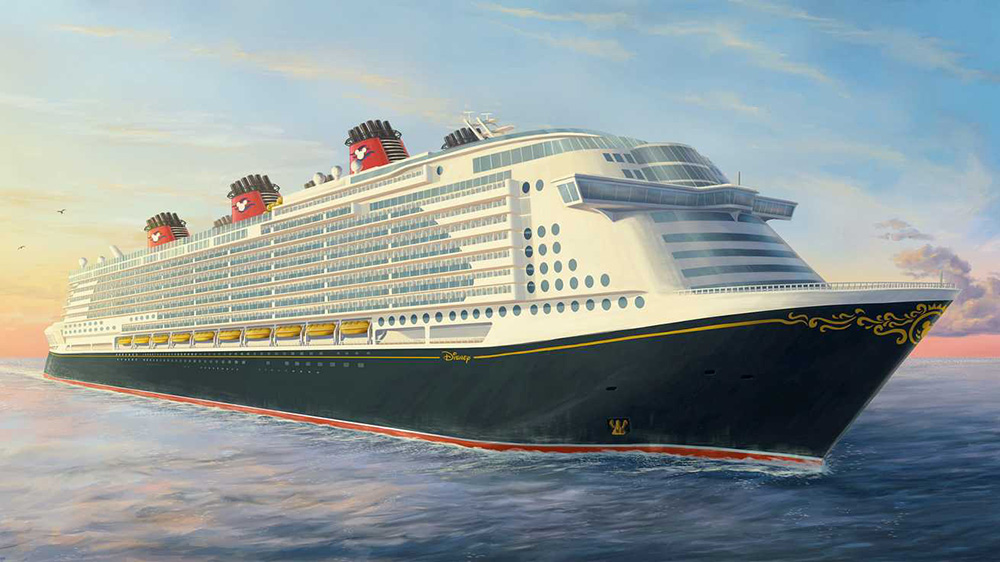 Disney just bought a ship as big as one of its blockbuster movies.

The entertainment conglomerate announced earlier this week that it had purchased Global Dream, the sister ship of what was expected to be the world’s largest cruise ship before it was scrapped because of the Covid-19 pandemic. Disney will now finish building the infamous boat’s sibling, with a goal of completing construction by 2025.

Global Dream has been sitting unfinished at the former MV Werften shipyard in Germany since the shipbuilder filed for bankruptcy earlier this year because of the pandemic. Disney plans to work with another of the country’s shipbuilders, Meyer Werft, to finish the construction of the boat. Once complete, the ship will be renamed and decorated with the Mickey Mouse-inspired colors found on the rest of Disney Cruise Line ships, according to a press release.

No amenities have been announced yet, but the company said the ship will feature “innovative Disney experiences along with the dazzling entertainment, world-class dining and legendary guest service that set Disney Cruise Line apart.” The ship, which will be based outside of the US, will also be one of the first fueled by low-emission green ethanol.

The finished boat will have room for 6,000 passengers and around 2,300 crew members. That would make it smaller than its sister was expected to be—Global Dream II was supposed to have room for 9,000 passengers—but the 208,000-gross-ton boat will still be the world’s seventh largest and the largest in Disney’s fleet. The conglomerate did not reveal how much it paid for the Global Dream, other than to say it was secured at a “favorable price.”

“Our cruise ships give us the unique opportunity to bring Disney magic to fans no matter where they are, and the addition of this ship will make a Disney Cruise Line vacation accessible to more families than ever before,” Josh D’Amaro, chairman of Disney Parks, Experiences and Products, said in a statement.

No matter what happens to the ship, it will be a better fate than befell its sibling. Global Dream II was also in the process of being built by MV Werften when the company declared bankruptcy. Earlier this year, the project was scrapped entirely, despite having already cost $1.4 billion, according to Jalopnik. Nearly a quarter of a billion dollars would be required to complete construction, which might explain why no one has attempted to salvage the project.