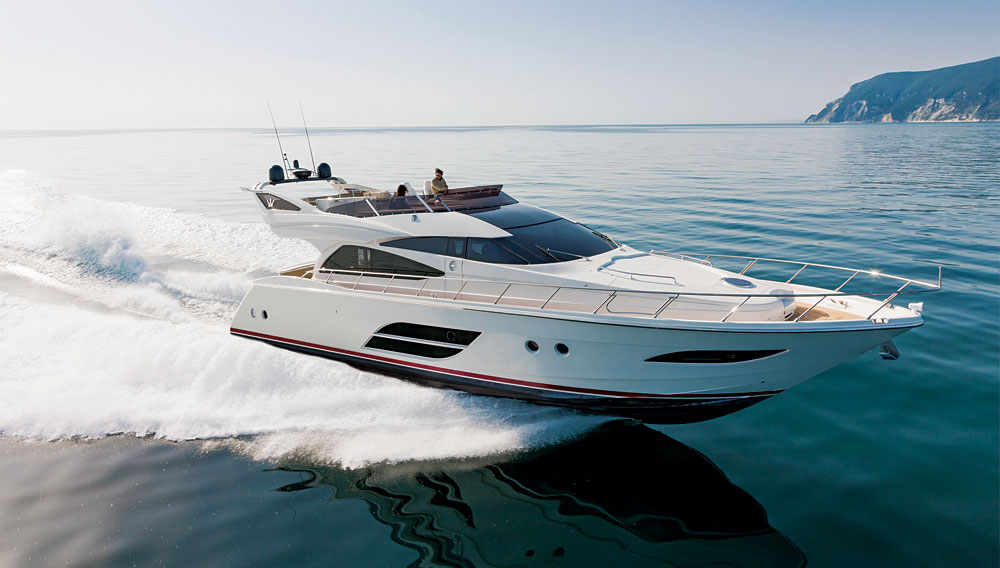 At the annual boat show in Cannes last September, the 64-foot Dominator 640 won two World Yacht Trophies, one for best layout and the other for best interior design. For Dominator, which was founded in 2000 in Italy, the trophies validated a brand makeover that began four years ago, when a group of Austria-based investors acquired the company.

“This was a spec boat, and we took our time developing the project,” says Christoph Pernsteiner, an executive with Dominator’s ownership group. “We wanted this yacht to show the world what we can do.”

The 640, which has a starting price of about $2.8 million, is the smallest model in Dominator’s lineup; the largest is 131 feet. Designed by Alberto Mancini, the 640 features an alfresco dining area at the stern, a two-person sun pad near the bow, and a roughly 150-square-foot flybridge. Below deck, the 640’s amidships master suite stretches the width of the 16-foot beam and covers about 225 square feet. “It is about the size of an owner’s cabin on an 80-foot yacht,” says Mancini. The inaugural 640’s interior details include floors and cabinetry made of oak and Brazilian carbalho wood, backlit onyx on a wall in the saloon, white leather panels covering other walls, and Alcantara panels on the ceilings.

The boat’s standard configuration includes three cabins located belowdecks, but the layout can be customized. “If an owner wants an office, walk-in closet, or even a karaoke bar instead of a third stateroom,” says Pernsteiner, “we’re happy to design it.”

Pernsteiner is perhaps proudest of the technical triumphs that the shipyard achieved with the 640. Dominator wanted the boat to meet the seaworthy standards established for long-range megayachts. Accordingly, the 640 has redundant pumps and other redundant engine-room systems that enable it to continue operating in the event of equipment failure. Other features more commonly associated with a 200-foot megayacht than a 64-foot overnight cruiser include thermal night-vision cameras, a tablet app that controls the steering and provides readings from the helm gauges, a smartphone app that enables passengers to control the onboard entertainment systems, and two joystick-docking stations, one on the flybridge and one on the main deck. Dominator also reinforced the exceptionally large cockpit windshield with carbon fiber.

The debut 640 took 15 months to develop and build, but new examples will require only five months to produce. Shortly after the Cannes show, Dominator sold the display boat; the next two examples are under construction and scheduled for delivery later this year. Dominator has not disclosed whether either will include a karaoke bar. 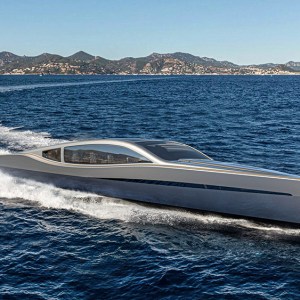 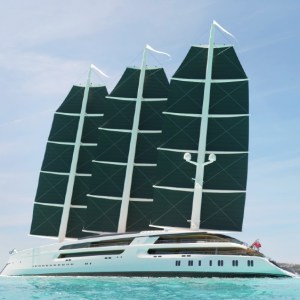 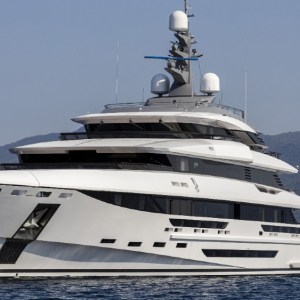 Boat of the Week: Meet ‘Polaris,’ the 230-Foot Ice-Class Explorer With an Interior Like a Crystal Palace