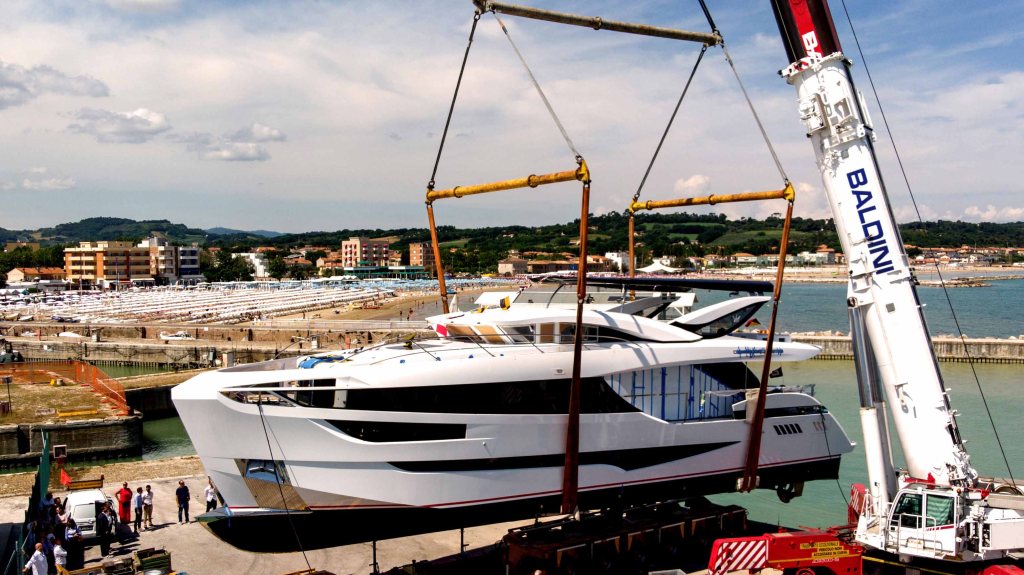 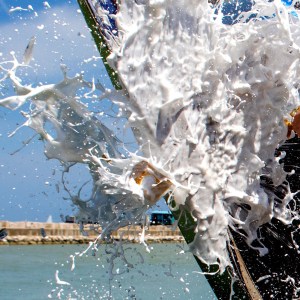 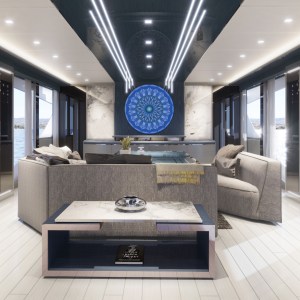 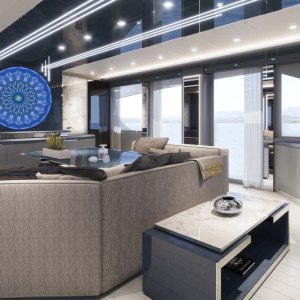 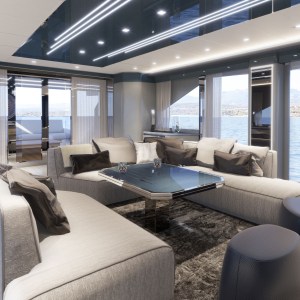 Austrian-owned, Italy-based shipyard Dominator this month launched its fifth Ilumen 28m superyacht, the series that made news a year ago with its first breakthrough hull, named Kalliente. The 92-foot semicustom Cadet V sports an efficient semidisplacement hull and a shaft propulsion system, with further technological and interior tweaks taken from suggestions by those familiar with the first few hulls. Yacht designer Alberto Mancini crafted the exterior, as he did all of the Ilumen models; Dominator chief designer Luca Catino created the interior. Cadet V’s owner is a fan of artist Stefano Curto, whose work incorporates thousands of colorful Swarovski crystals, and so several of his pieces are installed on board the yacht, adding distinct personalization to the vessel.

One of the noteworthy features of the Ilumen is its floor-to-ceiling windows on the main deck, which provide 270-degree views and pull in natural light—great for the mesmerizing Curto piece hanging in the main saloon. The yacht accommodates eight guests in four cabins, including an owner’s suite that this owner extended and maximized for space. Not only is it larger, but its floor-to-ceiling windows and a sunroof above the bed bathe the space in light and views, further adding to its spacious ambience. In addition to the owner’s suite, Cadet V offers up three staterooms—a full-beam master cabin and two VIP cabins—on the lower deck. Crew quarters will carry three crew members, perfect for a yacht of this size.

Cadet V’s owner envisioned the yacht as an on-water extension of his homes, making the space his own. Enter Stefano Curto, whose bold artwork contrasts nicely with the subtle blue and gray interior. Oak, palisander wood, Invisible Light marble, and Agata blue stone provide interesting texture, and custom parquet covers the floors throughout.

For fun, the yacht houses a Williams Jet Tenders SportJet 395, a Sea-Doo Spark, two Seabobs, and a Radinn Wakejet in its tender garage, and the yacht’s beach club gives easy access to the water. Cadet V sports a maximum speed of 21 knots and a cruise speed of 14.

Ilumen sistership Zalanka is due to launch soon, while the original Ilumen 28m—2018 Best of the Best winner Kalliente—recently hit the market with Northrop & Johnson, as its owner looks to build a larger, tri-deck Dominator yacht. Watch this space for more on both of these.