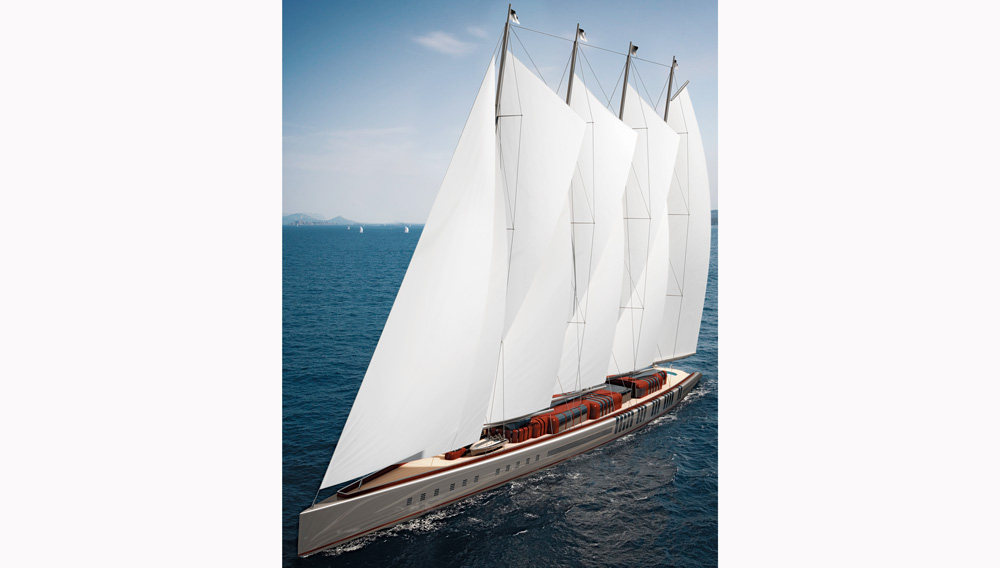 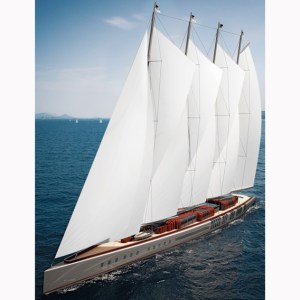 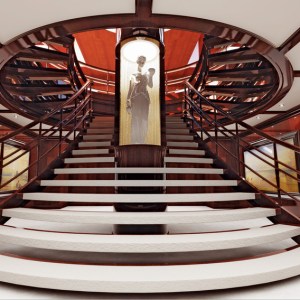 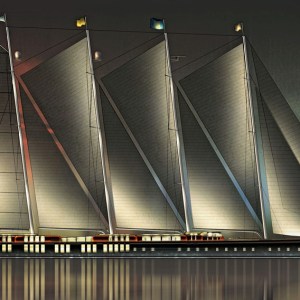 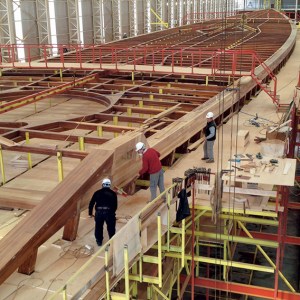 The latest sailing yacht from the Maltese Falcon designers appears more conventional but is no less impressive.

The design team behind Maltese Falcon, the 289-foot sailing yacht that can be operated by one person, has created another technological marvel. When it is completed next year, Dream Symphony, at 463 feet, will be the world’s second-largest private sailing yacht, and the largest one made of wood. “It is the largest-ever all-wood yacht in the modern era,” says Ken Freivokh, whose firm, Ken Freivokh Design, collaborated with Dykstra Naval Architects to design the vessel.

When it launched from a Perini Navi boatyard in 2006, Maltese Fal­con established a new benchmark for sailing technology. Its most notable—and most noticeable—feature is its unique automated rig, which enables a skipper to sail the yacht solo. Known generically as a DynaRig and specifically as the Falcon Rig, it features three self-standing, 190-foot-tall carbon-fiber masts that rotate to trim the sails. Each mast houses five square sails. When the sails unfurl—electronically—along the masts’ rigidly attached yards, there are no gaps between them, so each sail plan essentially serves as a single sail. Together, the sails cover more than 25,800 square feet, helping to propel the vessel to a top speed of 18 knots.

Dream Symphony is being built by the Turkish boatyard Dream Ship Victory (DSV), whose owner, Valeriy Stepanenko, is responsible for the yacht’s conception. He also commissioned a 656-foot-long shed at his company’s Marmaris headquarters to accommodate the construction. It appeared as though Dream Sym­phony was going to be the world’s largest private sailing yacht, but in May, the German shipyard Nobiskrug launched White Pearl, which, reportedly at 482 feet, now claims the title. (White Pearl’s owner is expected to take delivery in 2016.)

Maltese Falcon and Dream Sym­phony share a design team, but they are two completely different vessels.

“They are not really comparable, and they are not sister ships,” says Anneliek van der Linde, Dykstra Naval Architects’ marketing manager. Though she concedes they do share at least one common trait: “Both are big yachts.”

Dream Symphony, a four-mast schooner, will not have a DynaRig, which was developed for Maltese Falcon in part by Dykstra under the direction of the yacht’s original owner, the American venture capitalist Tom Perkins. It is based on a concept first proposed by the German hydraulics engineer Wilhelm Prölss in the late 1960s. “The [Dream Sym­phony] owners decided against the DynaRig option because it did not offer the classic ‘cloud of sail’ look typical of a large schooner,” says Freivokh. Instead, the yacht’s nearly 54,000 square feet of sails will be controlled by a more traditional setup that includes Hoyt booms. “They offer considerable advantages compared with traditional booms, and they will slightly reduce the number of crew required to hoist and lower the sails and make adjustments underway,” he says. “[The rig] does not, however, provide the full manning advantages of the DynaRig, as crew are still required to assist with winching lines to adjust the trim of the sails.” Dream Symphony is designed to carry 32 crew members.

According to Freivokh, the sails and the rest of the rig will enable Dream Symphony to achieve faster speeds than Maltese Falcon. “It should be a very exhilarating and powerful experience to see such a long, sleek-sailing ship cut through the waves under sail alone at speeds in excess of 20 knots,” he says. “The whistling of the wind on the rigging and over the huge sail plan will be amazing for guests and crew, much more expressive than the DynaRig, where the sails are high up and held in total control by the curved booms with no standing or running rigging.”

Majestic as the sails will look, the construction material, not the rig, is the most remarkable aspect of Dream Symphony. Steel and aluminum are the preferred materials for yachts of this size—White Pearl is made of aluminum and steel—but Dream Symphony is fashioned mainly from iroko, a highly prized hardwood from the west coast of Africa. “Wood presents certain limitations in the size of openings, such as shell doors, open transoms, and windows,” says Freivokh. “Conversely, it provides great flexibility and quite unique acoustic isolation proper­ties, with minimum transmission of vibration from machinery.”

Adds Van der Linde: “Wood is a much less stiff material than steel or aluminum. This means that not only the strength of the hull, but also the deflection of the hull becomes very important in the structural design. Also, determining the properties of the wood material and the fact that the strength varies depending on how the wood planking is oriented in relation to the loads makes this aspect quite complicated.”

Dream Symphony will accommodate 20 guests in an interior that includes a duplex owner’s suite, two VIP suites with their own saloons, and four guest staterooms.

Amidships, an imperial-style mahog­any staircase connects the lower deck to a main-deck atrium. Other highlights include an all-glass swimming pool equipped with a rising floor that can convert the pool into an entertainment area or a touch-and-go helipad. A hair salon and nail salon, massage rooms, a gym, and outdoor dining and lounging areas are also among the yacht’s amenities. A glass-covered area of the main deck, between the owner’s suite and the guest deckhouse, transforms into an air-conditioned conservatory when electronically controlled glass panels emerge from recesses in the superstructure and enclose the space.

According to Van der Linde, despite the yacht’s size, its design will enable passengers to feel connected with the water. “Even though the vessel is very large,” she says, “the relatively low freeboard and single layer of superstructures with large glass panels all around will give a true sailing experience to those onboard.”